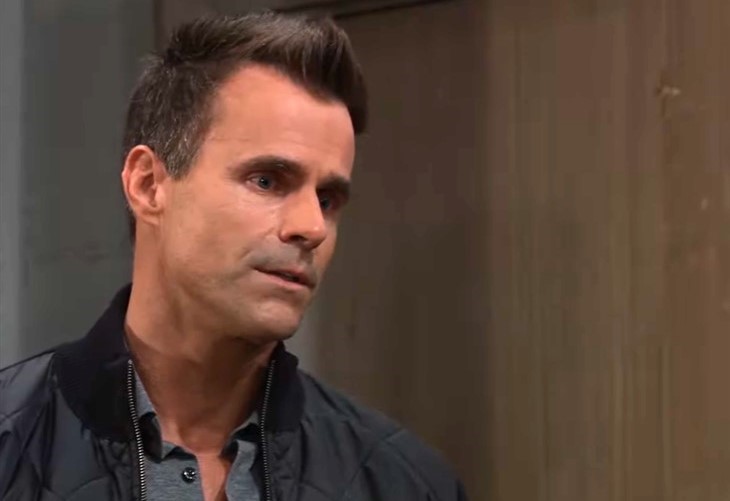 Valentin Cassadine (James Patrick Stuart) eating the turkey and feeding the rest to the dog as a vehicle for the Qs to have to order their traditional Thanksgiving pizza was absolutely inspired, but when the pizza shows up with Drew Cain (Cameron Mathison) carrying the boxes, Monica (Leslie Charleson) can hardly believe her eyes. Alan’s son, and a man she adopted as her own son, is alive and has come back to her. This has to be the best Thanksgiving gift ever until he delivers more than just pizza.

Drew has to tell her that Jason Quartermaine (Steve Burton) is dead — again — and Monica doesn’t want to believe it. In fact, she is downright angry that Drew would say such a thing but she also has to finally face facts.

Ned Quartermaine (Wally Kurth) doesn’t have a hard time with these facts because he thinks he has a way to now fight Valentin for those ELQ shares and Olivia Quartermaine (Lisa LoCicero) doesn’t even care that he is thinking about the company — for a change.

With Drew back and Jason dead, Sam McCall (Kelly Monaco) has a lot to deal with and at least has Dante (Dominic Zamprogna) there by her side. He is not sure where he stands now that Drew really is alive after all but Sam makes it clear her feelings are for him now. The pair grows closer and Dante tells Sam she’s told him some of the nicest things he has heard in a long time. Sounds intriguing….

Over at Casa Corinthos, when Sonny (Maurice Benard) receives a disturbing phone call, Carly (Laura Wright) insists it means there is a chance Jason can be alive. Is he immune to death? Time will tell…

As Britt Westbourne (Kelly Thiebaud) mourns Jason, she throws a pity party for herself with Austin Holt (Roger Howarth), who has his own issues. Will this be a new pair to watch? Stay tuned to General Hospital weekdays to see how these stories play out.