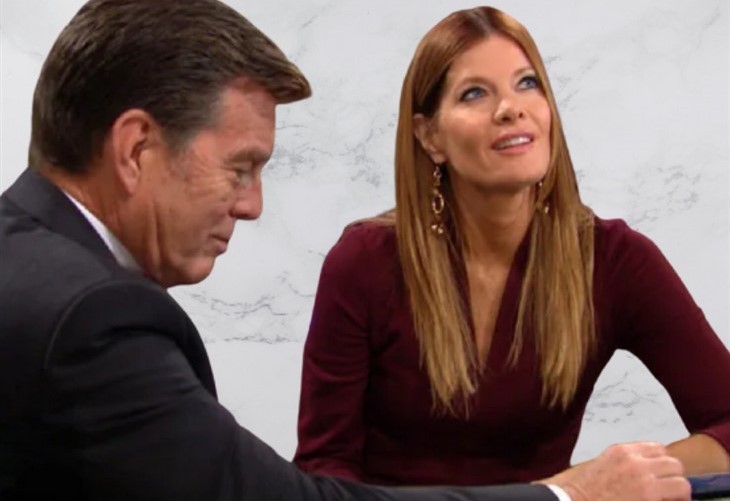 The Young and the Restless (Y&R) spoilers for Tuesday, September 28, 2021, reveal Jack Abbott seeing Phyllis Summers for the first time since his allegedly-clarifying dream last week.

The Young And The Restless Spoilers – Love With Complications

After Jack (Peter Bergman) woke from his dream last week in which all he could think about was Phyllis (Michelle Stafford), he oddly decided to tell Nick Newman (Joshua Morrow) that he confessed his love to Phyllis a few nights prior. Nick seemed to take this well and poor Jack was left sad and alone. Later, Phyllis tried to prove she loved Nick by sleeping with him, and sleeping together those two seem to have in common except for video games and a grown daughter that was a result of Nick cheating on Sharon Newman (Sharon Case).

On Tuesday, Jack and Phyllis have to confront what has happened over the last few weeks and Phyllis is very curious why Jack decided to fess up to Nick. What was he hoping to accomplish and does he still feel the way he did a few weeks ago? Why does Phyllis need this clarity if she is madly in love with Nick?

Y&R Spoilers – What Happened To Victoria And Adam Newman?

It’s no secret that Victoria (Amelia Heinle) and Adam (Mark Grossman) are two siblings who have never gotten along. In fact, Adam has never gotten along with any of his siblings but he’s at least formed a friendship with Nick over the last few months since saving him in Kansas during a tornado.

Adam and Victoria actually call a truce on Thursday, which is a surprising turn of events. Is Victoria starting to soften towards everyone now that she thinks she found the love of her life once again? Does Adam take her side in the fight against learning who Ashland Locke (Richard Burgi) really is? After all, Adam has been pre-judged a lot during his life.

After surprising Devon Hamilton (Bryton James) and returning to town just in time for Bowie Dominic’s christening, Devon got ahead of himself and asked Amanda (Mishael Morgan) to move in with him. She didn’t quite know what to say and couldn’t give Devon an answer — yet. Tomorrow, she decides what she is going to do with the rest of her life. Does it involve spending it with Devon? Stay tuned to The Young and the Restless weekdays to find out.