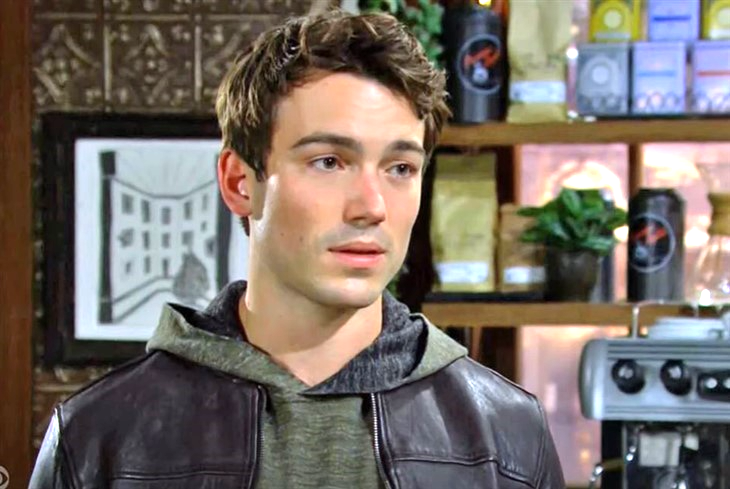 The Young and The Restless (Y&R) spoilers and updates reveal fans have been wondering who Nicholas would turn to once he and Phillis were officially over as a couple. He might get steered in the direction of the mother of his two oldest children with a little help from their son.

Y&R Spoilers have been teasing a number of scenarios for Nick Newman’s (Joshua Morrow) romantic future once he broke up with Phyllis Newman (Michelle Stafford). It has been suggested that Sally Spectra (Courtney Hope) would make a play for Nick in order to get even with Phyllis who continues to give her a hard time. Later the rumor mill said that when Chelsea Lawson( Melissa Claire Egan returned to Genoa City she would rebound with Nicholas because Sally would be dating Adam Newman.

Now that Noah Newman (Rory Gibson) is back in Genoa City he is trying to settle back into life in his hometown. There have been several conversations between Nick, Sharon Rosales (Sharon Case). and their son. Spoilers indicate that Noah notices the chemistry between Shick and has decided he wants to see his parents get back together. Noah suspects that the duo never got over each other.

The Young And The Restless Spoilers – Possible Love Connections Abound

For quite some time now Y&R has teased viewers with scenes that suggested possible romances that did not come to pass or the couples broke up. Among them were Sharon and Adam Newman (Mark Grossman) and Devon Hamilton ( Bryton James) and Elena Dawson (Brytni Sarpy). Spoilers also teased that when he returned home. that Noah might begin dating Tessa Porter (Cait Fairbanks) again. Now it is being suggested that he could fall for Elena.

Noah is getting over a bad relationship as his heart was broken in London. He has not gone into great detail but has shared a little with his parents. Noah might use his situation to get his parents back together. Now that Phyllis is out of the picture Noah might make it his goal to see too it that his dad is not alone. Although he likes Rey Rosales (Jordi Vilasuso), Noah may still prefer to see his parents reunite. He could push them until they realize how much they still care for one another.