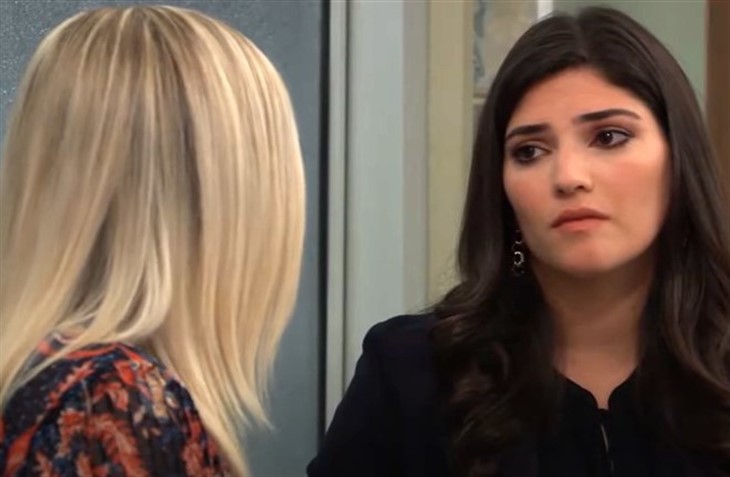 General Hospital (GH) spoilers tease Peter August (Wes Ramsey) days as a free man are most certainly numbered at this point. With Jason Morgan (Steve Burton) currently Peter’s captive yet again. Peter kept Jason a prisoner for five years and surprisingly, Jason let him live. Peter has caused a lot of mayhem since then, so there is little doubt Jason won’t make the same mistake twice. And it Peter is no longer a threat, that means that Maxie Jones (Kirsten Storms) will soon be free to claim her baby daughter as her own. But will it be as easy to get her daughter back as Maxie thinks?

Maxie knew that if Peter was aware of his daughters location, he would let nothing stand in the way of claiming her. Maxie couldn’t let that happen so she made it look like her child was abducted while in reality she gave the baby to Brook Lynn Quartermaine (Amanda Setton) to raise. But over the last several months, Brook Lynn has grown quite attached to the little one. But would Brook Lynn be cruel enough to keep Maxie away from her daughter one second longer than needed?

GH Spoilers – A Custody Battle Could Get Touchy!

Maxie is no stranger to custody issues with her children. At one point, a judge wouldn’t let Maxie see own daughter for sex months, giving her instead to Damian Spinelli (Bradford Anderson). If by chance, Brook Lynn files for custody and the same judge presides over the case, he could end up being just as harsh against the fashionista. It may not matter that Maxie was doing what she believed was in the best interest of her little girl.

Brook Lynn would also have another advantage if there was ever a court battle. She has the seemingly unlimited resources of the Quartermaine family behind her. Maxie might have a difficult time beating Brook Lynn especially since she gave her baby girl to Brook Lynn willingly. If Brook Lynn goes that route, things between Maxie and Brook Lynn will never be the same!

Will Brook Lynn willingly give Maxie her daughter back? Or will she decide to fight for custody? Does Brook Lynn have an unfair advantage? Anything can happen in Port Charles so stay tuned to General Hospital airing weekdays on ABC. And don’t forget to check back right here regularly for all your General Hospital news, information and spoilers!