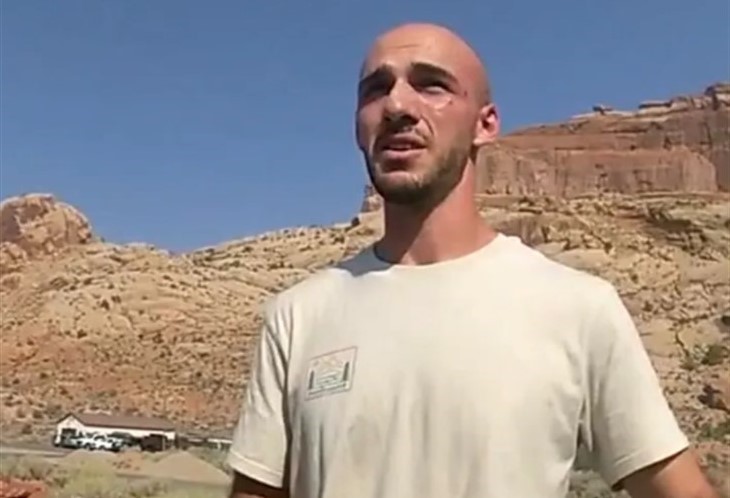 Florida police have released their theory on what happened to Brian Laundrie. Did the fugitive kill himself before the manhunt began?

Brian Laundrie disappeared two days after his girlfriend Gabby Petito was reported missing. Brian told his parents he was going on a hike in the area where his remains were found. However, the police were not the ones who found Brian’s things it was his parents after they joined the search. However, no one knows exactly what happened to Brian. Was he attacked by animals? Did he kill himself? C

ould someone else have killed Brian? There are loads of questions and not a lot of answers but the Florida police are speculating that Brian killed himself because he knew that Gabby would eventually be found dead. Police say that Brian’s remains were found in an area that was previously under four feet of water and that is why his remains were never found. Did Brian kill himself because he knew he would go to prison for murder? Some experts don’t believe that Brian could or would do that. Will we ever know exactly what happened to Brian?

Brian’s mother, Roberta Laundrie, picked up Brian’s car from the park where he was supposed to be hiking. When Roberta returned the police believed she was Brian and told everyone that they had him under surveillance. Unfortunately, the police were mistaken or they could have checked the park then for Brian. Between the time of Brian’s disappearance from the house and the time his parents reported him missing, there were floods in the area that apparently covered his body. Police believe that Brian went to the park for the sole purpose of committing suicide.

Everyone has questioned how Cadaver Dogs missed Brian’s body in the park. Opinions are different when it comes to this question. Some experts claim that the dogs should have been able to smell that body even through four feet of water. Cadaver dogs are after all trained to smell dead bodies.

Unfortunately, others say that the dogs can only smell bodies that have been dead for a short amount of time. Honestly, the latter explanation doesn’t make a lot of sense because one would think cadaver dogs would be trained to smell bodies in all forms of decay. Why would dogs only be trained to find newly dead bodies when people are often found months and years after their deaths?

The world may never know exactly what happened to Brian although his remains were sent to a forensic anthropologist for answers. However, unless all his remains have been discovered, it could be impossible to find out how Brian died. Will Brian’s notebook give police more insight into the truth? Could everyone find out if Brian took his own life after Gabby was reported missing?