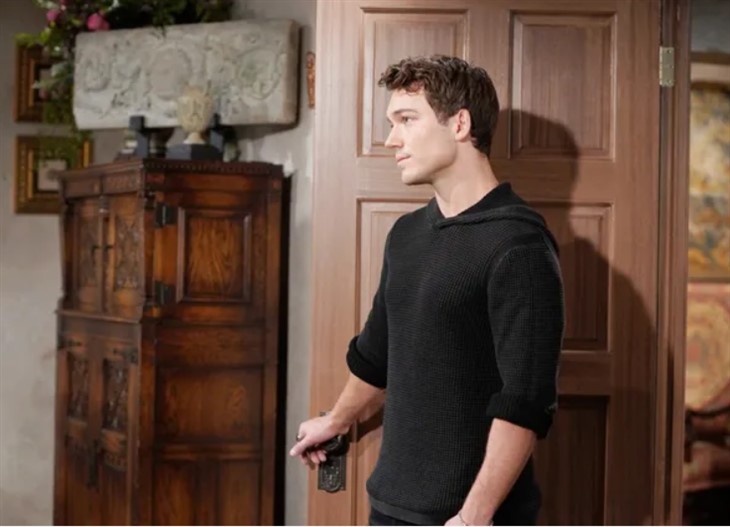 The Young and the Restless (Y&R) spoilers for Thursday, October 28, 2021, reveal Noah Newman getting ready to make a confession to his mother.

The Young And The Restless Spoilers – What Has Noah Newman Been Up To?

While Sharon (Sharon Case) is distressed over the fact that Billy Abbott (Jason Thompson) won’t seem to leave Adam Newman (Mark Grossman) alone, she is thrilled that her son, Noah, is back in town and now it’s time for them to play catchup.

Noah apparently had his heart broken while living in Europe, but nobody knows who the girl was who hurt him and what she did. Was there really someone he was recently with or is he still smarting from when Tessa Porter (Cait Fairbanks) dated and dumped him? He sure did seem interested in her when they were in Tuscany and he really did have feelings for her at one point. Will he tell Sharon the ultimate truth?

Y&R Spoilers – It’s Looking Like Phack All Over Again

Phyllis Summers (Michelle Stafford) and Nick Newman (Joshua Morrow) just can’t seem to get along lately no matter how hard they try. This always seems to be the way with them, but those video games and all that sex must be what keeps reuniting them.

When Phyllis has just had it with Nick on Thursday, Jack Abbott (Peter Bergman) is right there by her side offering up some advice. The old Jack would purposely use this situation to his fullest advantage. Is he ready to do that again or is this the Jack who is always upstanding and nice now? Will Phyllis be receptive to his advice?

Now that he has some news on his condition and Victoria (Amelia Heinle) as his wife, Ashland Locke (Richard Burgi) feels it’s finally time to seek a second opinion. Has he really not done that yet? Either way, he asks Nate Hastings (Sean Dominic) to help him with that second opinion.

Will Nate lead him to the right doctor or help him in some other way? And will a second opinion give him better news now that he seems to have a good reason to live? Stay tuned to the Young and the Restless weekdays to see how these stories play out.