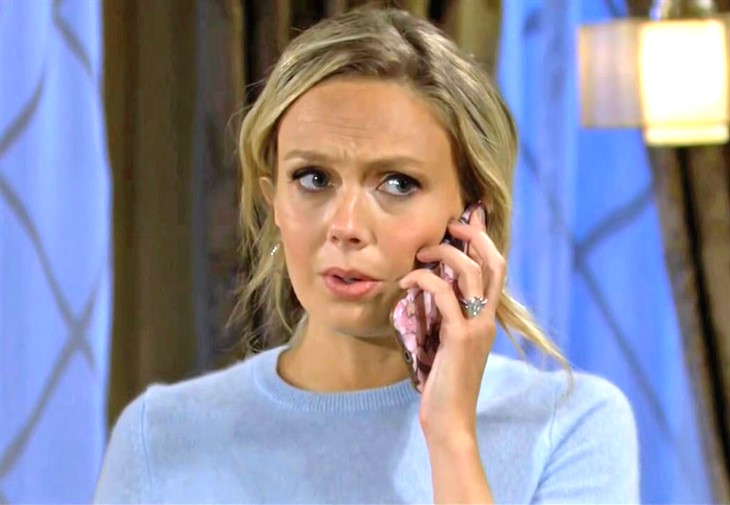 The Young and the Restless spoilers reveal Abby Newman wallowing in grief as she tries to go on as a single mother without Chance Chancellor, but first, she had to take a supernatural trip through her life with the husband she barely ever knew. Why? Just why?

The Young And The Restless Spoilers – Did Nate’s Drugs Do Abby Newman In?

We should have known what was coming with Victor Newman (Eric Braeden) and Nate Hastings (Sean Dominic) made a big deal about Abby (Melissa Ordway) taking some anti-anxiety meds. We’re not sure what kind of meds Nate prescribed his ex-girlfriend, but they took her on quite a ride throughout Genoa City that nobody needed — including Abby.

First, let’s clear some things up. Abby and Chance did not share some great, epic love story. They began dating, they slept together a few times, and then they talked about how they’d love to have kids sooner rather than later. So, the next thing we knew they started trying to make a baby, and then they got married and tried some more.

When it didn’t work, Abby decided to go the surrogacy route, Chance disappeared on a secret mission, a baby Abby has no idea what to do with was born, and now Chance is presumed dead in an explosion that took place on said secret mission. This is not the thing that soap grand romances are made of, so they didn’t need this episode or even a front-burner storyline.

As Abby teleported through town and we got some Wonder Woman-like special effects for the occasion remembering a great romance that never really happened, all we could think about was what on Earth happened to The Young and the Restless and why?

Nobody asked for this and nobody. Nobody needed this and it made about as much sci-fi sense as the first Billy Abbott (Jason Thompson) standalone episode where Bad Gum Chewing Billy disintegrated a la Avenger’s Endgame. When Abby finally woke to the sound of Dominic’s cries all we could do was breathe a heavy sigh of relief and pray this never happens again. Stay tuned to The Young and the Restless weekdays to see if it ever does.