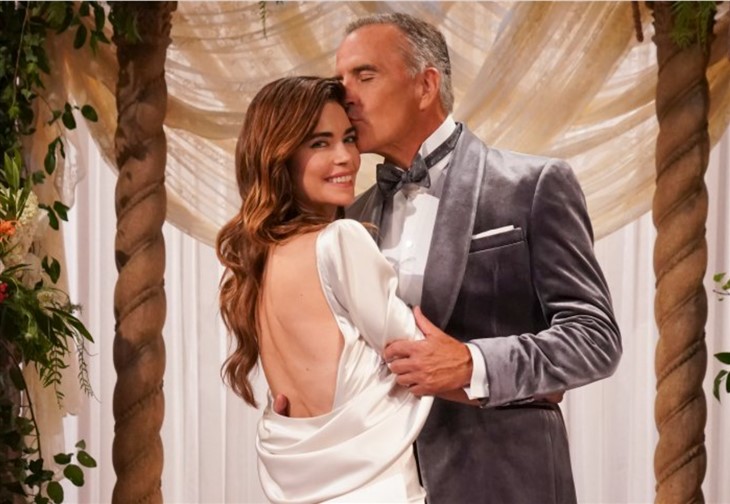 The Young and the Restless spoilers for Friday, October 15, 2021, reveal Victoria Newman finally walking down the aisle in the gown of her dreams with the man who calls himself Ashland Locke waiting there to marry her. Will she actually go through with it?

The Young And The Restless Spoilers – Will Anyone Stop This Wedding?

Victoria (Amelia Heinle) woke up the morning of her wedding all ready to get this show on the road. All of her loved ones are in Tuscany to watch her wed and she has this man she barely even knows who loves her so it all has to go perfectly, right? She even happens upon the gown she’s always dreamed of so this has to be what’s meant to be, right? It has to be time to become Mrs. Ashland Locke (Richard Burgi). She sweeps all those doubts aside and looks forward to being with Ashland for as long as he lives.

Ashland even tried to call off the wedding and Victoria wouldn’t go for it, so it’s time to walk down the aisle now. Will anything go wrong and could what goes wrong be named Billy Abbott (Jason Thompson)?

The Great Victor Newman (Eric Braeden) has been trying to keep Ashland Locke relaxed, ensuring his future-son-in-law that he took care of Jessie Gaines and Billy Boy Abbott has nothing to use — not even a witness. He is going to have to accept the fact that Victoria is going to marry this man, but Billy usually isn’t accepting of things like this so he plows on determined to stop Victoria from marrying a man who never stops lying to her.

Could Billy be the least of their problems? Ashland’s health looks to be getting worse by the minute and he spent the morning coughing and trying to hide how bad off he is from Victoria as Nate (Sean Dominic) could see exactly what was going on. If these two actually do get married, will they make it to the honeymoon? Or will Ashland’s condition make it impossible to even say ‘I Do’? Stay tuned to the Young and the Restless weekdays to see how if anyone actually gets married in Tuscany.