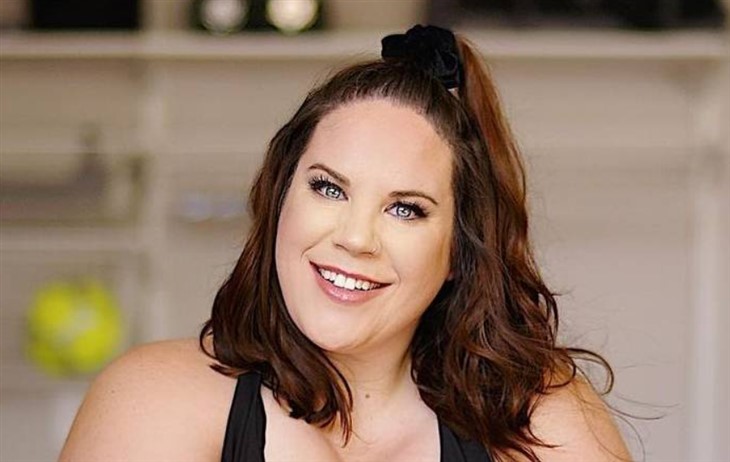 My Big Fat FAbulous Life fans know that Whitney Way Thore was diagnosed with Polycystic Ovary Syndrome at the early age of 23 but may not know how her struggle to lose weight and stay positive is constantly thwarted by the disease.

Whitney, who first came on the scene after making a YouTube dancing video called simply, Fat Girl Dancing, has shared her struggles with weight loss and body positivity nearly every step of the way.

However, there may be more to the My Big Fat Fabulous Life star’s struggles that many fans are aware of.

Let’s discuss Polycystic Ovary Syndrome and just exactly what Whitney Way Thore has had to contend with on her journey.

My Big Fat Fabulous Life has been a hit since producers first picked up the show with viewers following along closely, almost every step of the way.

Fans have seen the reality TV star fall into love, get engaged, and then suffer heartbreak which saw her single for two years.

The 37-year-old reality TV star even started her own business.  In the newest season, we’re going to get to see the body-positive dancer consider IVF as well as more on the budding relationship with her mysterious Frenchman.

Those who watch My Big Fat Fabulous Life faithfully have witnessed Whitney’s many ups and downs and how she has maintained body positivity throughout her struggles and health concerns.

One out of ten women are afflicted with Polycystic Ovary Syndrome which can include an array of symptoms including weight gain, hair loss, disrupted menstrual cycles, and even the growth of facial hair.

As the positive, upbeat woman we all know Whitney to be, it’s not surprising that she has joked about her issue on the show describing her PCOS symptoms as “bearding, balding, and being fat.”

All joking aside though, PCOS, is a condition where the ovaries produce too much of the male sex hormone called androgen.

As a result, small cysts can form inside the ovaries which makes ovulation difficult at best and impossible at worst.

Fans learned in season 1 that she had the disease, and she began spreading PCOS awareness along practicing with her fitness regime and maintaining body positivity.

Naturally, coming to terms with her condition wasn’t an easy task and she subsequently suffered from anxiety and depression.

Having had issues with her weight since her teens it wasn’t until her diagnosis that she changed her mindset and began exercising and leading a healthy lifestyle.

The reality star has become quite an inspiration to women throughout the world.