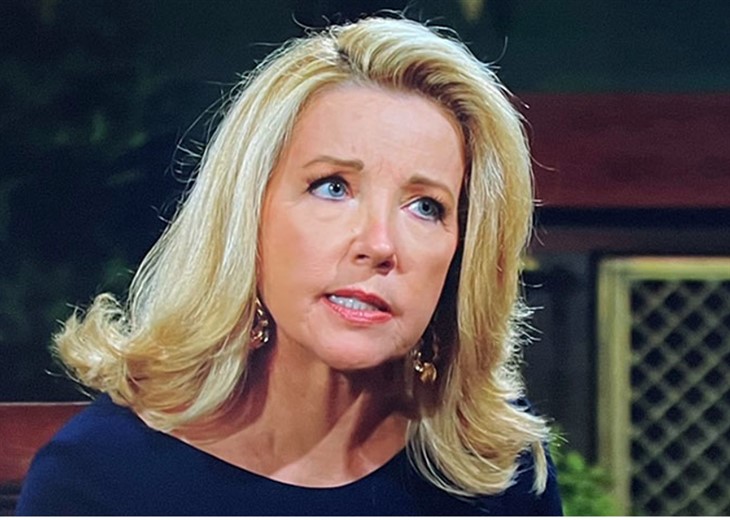 The Young And The Restless Spoilers – Widow’s Shocking Request

Y&R spoilers reveal that Abby Newman-Abbott-Chancellor (Melissa Ordway) is doubting her ability to care for a baby while grieving. In Friday’s episode, Abby knocks on Devon’s door and has Dominic with her. An emotional mess, Abby tells Devon that he was right and she can’t take care of the baby until she gets her head on straight. Abby asks Devon to take care of Dominic until she is able to and of course, he agrees.

What Devon doesn’t know is what Abby is going to do once she leaves Dominic. Abby will get on a plane and go to search for answers about Chance Chancellor (Conner Floyd). Devon and Abby’s family is unaware that Abby left Genoa City, which has everyone extremely concerned.

What is interesting about the timing of Abby’s decision is the conversation that Devon had with Amanda Sinclair (Mishael Morgan) that same day. Before Abby arrived, Amanda suggested that Devon consider making changes to the surrogacy agreement. Amanda warned that if anything happened to Abby, then custody would automatically go to either Victor Newman (Eric Braeden) or Ashley Abbott (Eileen Davidson).

However, Amanda suggested that there might be time to make changes to that agreement in light of Abby’s situation.

The Young And The Restless Spoilers – Nikki Newman’s Guidance

The Young and the Restless spoilers for the week of November 15 reveal that Devon will have to adjust to instant fatherhood. This was not something Devon planned on doing when he agreed to father Abby’s baby. However, Devon will get some help from Nikki. So, it sounds like the Newman family doesn’t object to Devon caring for Dominic since that is obviously what Abby wanted.

When Abby returns, she will want her baby back. However, by the time that happens, Devon might already be attached. Will he agree to return Dominic to Abby, or could there be a custody battle ahead?

Why Can’t 90 Day Fiancé Stars Jenny And Sumit Have A Big Wedding?