Why Can’t 90 Day Fiancé Stars Jenny And Sumit Have A Big Wedding? 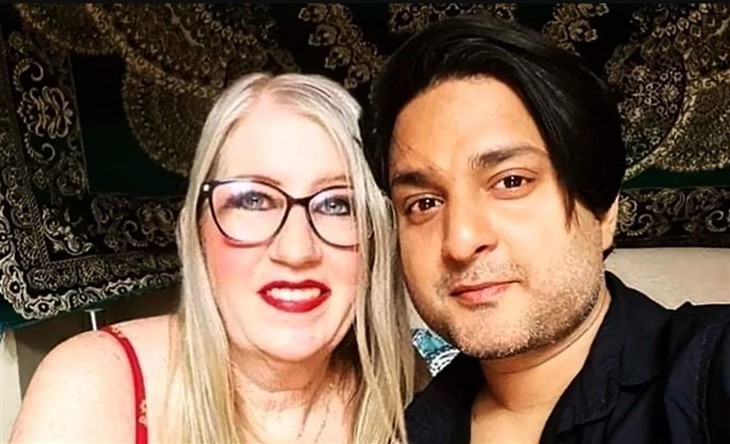 Finally, 90 Day Fiancé: The Other Way stars, Jenny Slatten and Sumit Singh’s dreams of getting married are coming true. However, according to astrologer Khalid, Jenny might not get the big wedding she is planning on. Read on to find out what the stars have to say about the couple’s upcoming nuptials.

Jenny Slatten, 63, originally met Sumit Singh, 33, on Facebook a decade ago. However, more recently, the pair has become famous in the 90 Day Fiancé franchise, due to their huge age gap and cultural differences.

While Jenny and Sumit decided to marry in 2013, his mother, Sahna put a roadblock on their plans. However, after spending a difficult weekend with Sumit’s mother, Jenny is finally seeing the light at the end of the tunnel.

This happened when the famous astrologer, Khalid, became the MVP of 90 Day Fiancé: The Other Way when he told Sahna to let her son go and accept Jenny as a daughter-in-law. He told Sumit’s mom that she was being “selfish” by not giving her permission for the couple to wed.

However, it turns out things might not go exactly how Jenny would wish, as the couple could have some restrictions. In a teaser clip for Sunday’s episode, Khalid tells Sumit that he can get married, “no big deal.” In fact, they can get married in nine days’ time.

However, Khalid explained that after Sumit’s disastrous first, arranged marriage, it is best that he and Jenny should have a simple court wedding. The astrologer recalled that the couple’s stars had been “quite negative” in the past. However, Khalid goes on to say that according to his calculations using the lunar system of astrology, they can now tie the knot.

However, he also added, “You have to be specifically clear about this that we’re not doing the temple thing here.” According to Khalid, the stars do now allow Sumit “to have a ceremony wedding.”

In fact, Khalid stressed that it “has to be done in the court,” adding, “You have to be very careful about the celebration part.”

After Jenny nods in agreement with his words, Khalid tells them that the ceremonies, parties and normal wedding festivities will have to be “cut.” In fact, the astrologer suggested that the wedding should be kept to just the two of them. He went on to stress that if they do not abide by what the stars have to say, Sumit might have to face another divorce.

Sumit does admit that everything is happening very quickly and mentions that he might have cold feet. He also confessed that his failed first marriage still haunts him. However, Jenny is obviously happy about not having to return home to the US every six months on her travel visa.

Obviously, it would have been great to have a full, traditional wedding ceremony on 90 Day Fiancé: The Other Way. However, fans will surely be happy to see the ill-fated couple finally tie the knot.

Readers can watch the teaser clip for Sunday’s episode here:

Be sure to catch up on everything happening with TLC right now. Come back here often for 90 Day Fiancé spoilers, news, and updates,