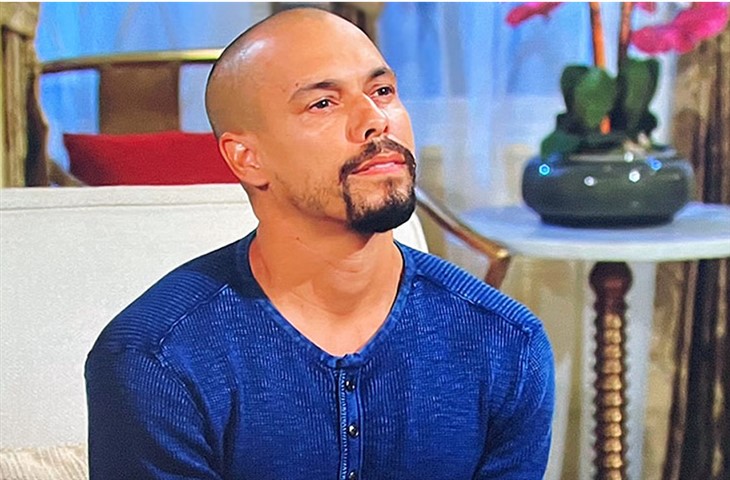 The Young and the Restless (Y&R) spoilers for Monday, November 15, 2021, reveal Abby Newman is unable to handle the pressures of life right now so she has a big surprise for Devon Hamilton.

The Young And The Restless Spoilers  Take My Baby, Devon

Devon (Bryton James) had been wondering if maybe he could take care of Dominic a little bit more to help Abby (Melissa Ordway) out and Amanda Sinclair (Mishael Morgan) warned him if Abby couldn’t take care of the baby, he would go to Ashley Abbott (Eileen Davidson) or Victor Newman (Eric Braeden). Welp, Abby made a whole other decision, showed up at Devon’s front door with that blanket baby who doesn’t have a face, and said she can’t handle it any longer. It’s all too much — the baby, the presumed-dead husband, just too much.

On Monday, Abby hands her baby over to his biological father and Devon is stunned. He had resigned himself to this never happening and isn’t quite sure what to do with a baby right there in his home now that this is real.

Meanwhile, Victor and Ashley are puzzled as to why Abby decided to do this and wonder if their daughter needs more help than they ever dreamed.

It looks like Billy Abbott (Jason Thompson) was taken for quite a ride by Jesse Gaines. Whether his entire original Ashland (Richard Burgi) story was true or not remains to be seen, but the rest of his story seems to look like just that — a nightmare plot he made up to make Ashland Locke look worse than ever.

And Billy printed his biggest expose yet. However, the minute it was published, Adam Newman had the biggest grin on his face. On Monday, Lily Winter (Christel Khalil) and Billy are stunned when they realize they made a very grave mistake. Are they about to be sued into oblivion or will Victor swoop in and take ChanceCom for himself?

After all, he’s wanted to get his hands on this company all year. This would be the icing on the cake of finally bringing down Billy Boy. Stay tuned to the Young and the Restless weekdays to see how these stories play out.