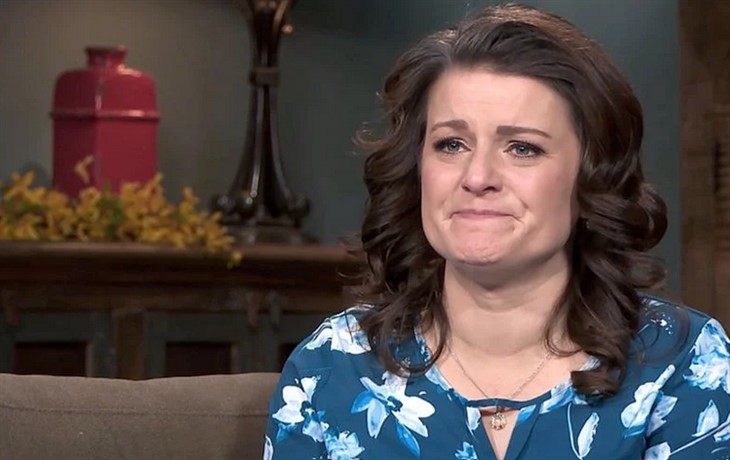 Sister Wives spoilers show that fans have seen the downfall of the Brown family throughout the years. However, most fans only blame one person that may have caused everything to fall apart. It’s none other than Kody Brown’s fourth wife, Robyn Brown. Apparently, fans think that Robyn has been manipulating the plural family, especially when it comes to Kody’s decision-making. Now, viewers think that the same thing is happening in season 16.

Sister Wives star Robyn Brown has been facing criticisms for years. The hate and negativities also resulted in Robyn Brown quitting social media. Apparently, it’s been years since fans last saw Robyn using her Instagram.
According to some, Robyn can’t handle that hate that she’s been receiving online. However, fans aren’t giving any sympathy for Robyn and even accuse her of destroying the plural family.

Now, fans are speculating that Robyn is back with her manipulative behavior in season 16. Apparently, the latest teaser showed Robyn crying as she tries to defend herself and that’s not the one who decides everything in the family. However, fans aren’t having it and said that she’s been doing the same crying tactics for years.

Sister Wives fans think that Kody Brown only follows Robyn Brown in the family. Apparently, Robyn is one of the main reasons why they moved to Flagstaff. According to some, Kody and the other wives were forced to move to Flagstaff to give Robyn’s kids a much better living condition, especially in order to get closer to their schools.

The latest teaser also showed Christine Brown wanting to move back to Utah. However, fans think that Robyn is trying to make excuses again in order for them to stay.

Sister Wives fans think that Kody Brown and Robyn Brown are going to be left in Flagstaff by the other wives. According to reports, Christine Brown has already left Flagstaff and moved to Utah. It’s also believed that Janelle is leaving Flagstaff when winter arrives.

Meanwhile, Meri Brown is known for her decaying relationship with Kody. Due to this, it’s going to be easy for her to leave once everything falls apart in the family.

At this point, fans still haven’t heard anything from Robyn and Kody. However, reports claimed that the two have been missing their taxes, which is a bad sign as they plan to start building in the Coyote Pass.

Be sure to catch up on everything happening with TLC right now. Come back here often for Sister Wives spoilers, news, and updates.