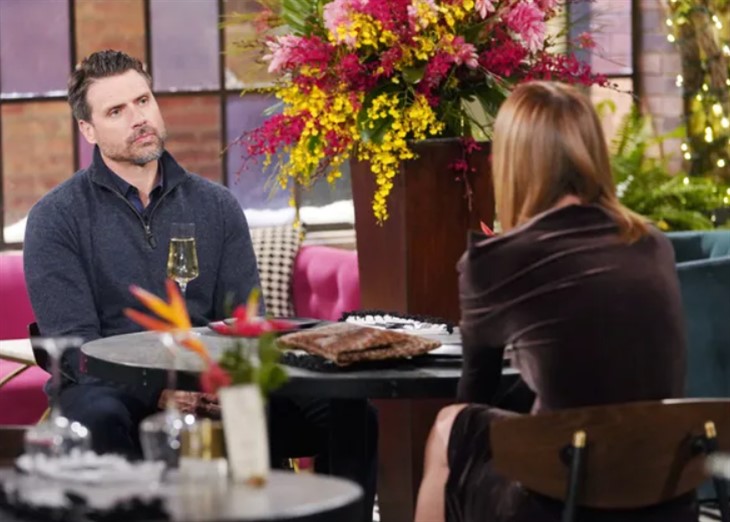 The Young and the Restless spoilers document that Nick Newman’s (Joshua Morrow) ask of Phyllis Summers (Michelle Stafford) lengthens the all-in effort to uncover Ashland Locke’s (Richard Burgi) backstory on Y&R. When someone like Phyllis, who was not involved in this storyline, is searching for online information about Ashland’s identity, then viewers know the climax to this long storyline is nearing.

The planned Vashland wedding is scheduled for October. The likelihood of that event, to be held in Tuscany, seems to be dimming.

However, Victoria Newman (Amelia Heinle) could decide to ignore or rationalize whatever is learned. All soapy signs indicate that Ashland will need one, the other, or both to happen for his bond with Victoria to endure.

It appears as though Nick’s efforts will help to expose Ashland’s real name, Bobby Defranco. That seems to be the last name of the father he referenced with scorn.

Fans recall Ashland’s recent forced admission. He advised the gathered Newman’s and Billy Abbott (Jason Thompson) at the Ranch that his father was a terrible person and his mother enabled him. So, Ashland left home when he was a teenager and never looked back.

That story seemed odd, but Victoria accepted it and Victor Newman (Eric Braeden) found it to be digestible. While the Moustache still doubts Ashland, he does not want Victoria’s big day to be dashed unless that is unavoidable.

Nick has mixed feelings about Ashland. He empathizes with his family story, because of Albert Miller (the late, great George Kennedy) and is sympathetic about his dire cancer diagnosis and connected treatments.

However, like Victor, Nick feels compelled to perform due diligence. So, asking Phyllis to employ her digital skills makes sense.

The Young And The Restless Spoilers – Victoria Newman Holds Onto Love?

Ashland is very different than Billy. But Victoria did not anticipate that her former, multiple-time husband might be the better man in comparison.

She does not want to believe Billy’s assertions about the holes in Ashland’s claims. Victoria will also not like hearing what Nick learns and feels she needs to know.

It does seem that Ashland sincerely loves Victoria. But will that be enough to overcome whatever truth comes out on Y&R?