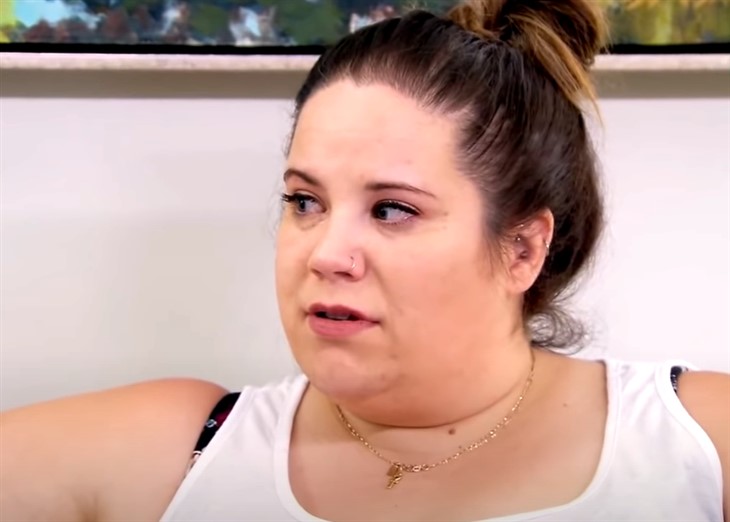 After fans expressed concern over Whitney Thore’s pup, the star of My Big Fat Fabulous Life took to Instagram to address their concerns. Fans will recall that the reality TV star decided to rescue a dog after her traumatic breakup with Chase Severino.

My Big Fat Fabulous Life Spoilers – Trying To Move On

Fans were elated when, in 2019, Whitney got engaged to Chase Severino. So, it was tragic when he came clean and admitted that he had cheated on her with his ex-girlfriend. To make matters worse, he had gotten her pregnant too.

After the traumatic experience, it took a lot of time for her to decide to move on, which, as fans know only recently happened when she met her current love interest, the mysterious Frenchman.

During this trying time, she went out and found herself a dog to rescue, enter Neeshi.

My Big Fat Fabulous Life Spoilers – No Need For Concern

Fans got scared when they had thought that Whitney had replaced Neeshi with some other lookalike dog names Goose so, in series of images on Instagram, Whitney has set the record straight.

Next to the initial image, where she is hugging her dog and smiling, Thore captioned, “Heard a rumor some of y’all thought I got rid of Neeshi and replaced her with an identical poodle named Goose.”

Surprisingly, she changed the name of her dog as she explained further down the caption, “Same dog, we just updated her name to match her blossoming personality.”

Then to alleviate the fears, the My Big Fat Fabulous Life star went on to write, “No need for concern— Goosie Girlie is living her best life and has come so many miles from who she was a year and a half ago when I rescued her.”

Then, in true Whitney Way Thore fashion, the reality TV star tells a joke, leading fans to look at the rest of the post.

“She especially enjoys her relationship with Uncle Todd. Swipe to see the footage I caught of them on my security cam,” closing with a laughing emoji.

My Big Fat Fabulous Life: Fans Love ‘Goosie Girl’ But What About the Ring?

The popular reality TV star received a series of gushing responses from relieved fans. However, one fan mentioned the ring on her finger, saying, “Anyone else notice the ring on her hand??”

Some may recall that back in August she began sporting the ring, and many fans were curious as to why.

She has never really cleared that up, but one fan had said that she wears it all the time, so we’ll just have to wait and see if she is ever going to explain.

Still, fans mostly gushed over “Goosie Girlie” with one saying, “How old is she? She is positively precious! I especially LOVE the pic of Todd reluctantly carrying her.”

Days Of Our Lives Spoilers: Ben Weston Tells His Truth To Ciara Weston