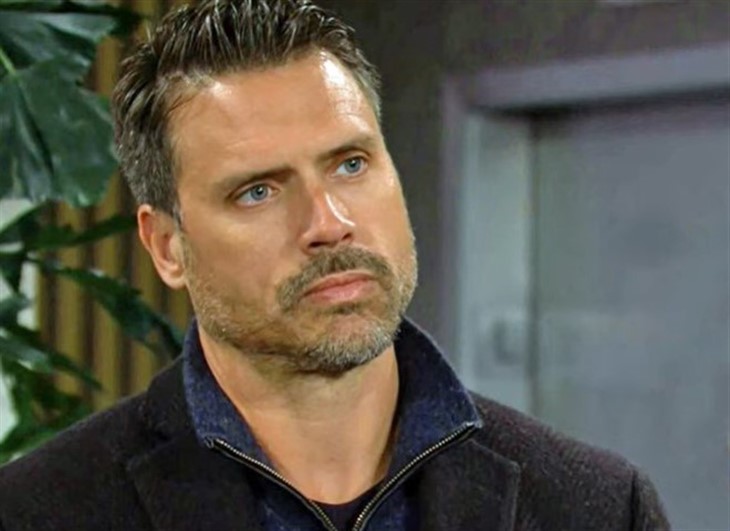 The Young and the Restless (Y&R) spoilers document that Nick Newman (Joshua Morrow) is again out of sorts. He is over-analyzing life in Genoa City, Wisconsin.

All was well with Phyllis Summers (Michelle Stafford) until Nick decided to scratch family sores. Reopening old wounds for no reason resulted in Phyllis becoming fed up with his treatment of her.

What was said in the heat of verbal battles ended Phick. However, Chick is a revival option now that Chelsea Lawson (Melissa Claire Egan) has returned to town.

As part of Nick’s tantrum, he decided that Adam Newman (Mark Grossman) was receiving special treatment from Victor Newman (Eric Braeden). That was not the case, as Nick’s life appeared to be in order. So, why would Victor need to pay special attention to him?

The above question hits at Nick’s main problem with his dad. Morrow’s character continues to live as though he is a child who needs the bulk of his father’s attention.

Sibling rivalry with Victoria Newman Locke (Amelia Heinle) is different because of their shared history. His other sister, Abby Newman Abbott Chancellor (Melissa Ordway), is no threat. Adam is the brother Nick never wanted, with male conflict a major part of this equation.

Grossman’s character was never fully welcomed by Nick and Victoria. However, Victoria is experiencing a cooling-off period with Adam due to her husband’s (Ashland Locke, Richard Burgi) approval of her brother. Adam also was helpful during the Vashland wedding.

Chelsea cared deeply for Nick, but Chick did not endure. However, both characters find themselves at a point that implies a couple’s reboot option is possible.

Both people recognize that being together would be a poke at Adam. But he might not care, as Adam was the person who officially ended Chadam.

Chelsea needs allies as she begins rebuilding her life. Having Nick’s support could be the entry point to Chick’s revival.

The Young And The Restless Spoilers – Nick Newman Must Halt Descent

Nick has legitimately created his problems. Of course, money is not an issue. He has time on his hands in not needing to work for a living. That reality causes him to obsess about topics that are best avoided.

Victor has done nothing wrong to Nick. Adam has committed no heinous acts either and was hopeful that his big brother would serve as a role model on his road to redemption.

Phyllis is looking to Jack Abbott (Peter Bergman). So, Nick has no current love.

Chelsea’s reappearance in GC presents an opportunity for Nick if he is interested in re-exploring a relationship with her.