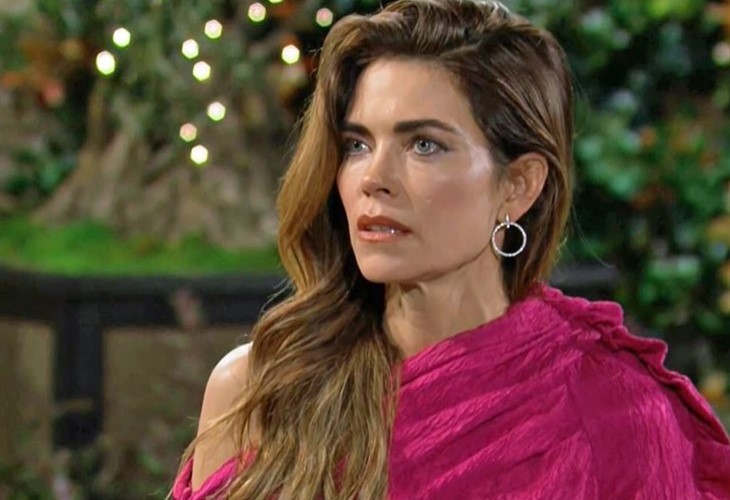 Victoria Newman (Amelia Heinle) has never had good luck with men and over the last few years has made some of the most unfortunate relationship decisions of her life. She nearly married a cowboy named Travis that she met in a dive bar. After that ended, she took ex-husband, JT Helstrom (Thad Luckinbill), back into her life.

JT began physically, verbally, and emotionally abusing her and she still wanted to marry him. Then, four women believed Nikki Newman (Melody Thomas Scott) killed him for a while, but JT eventually returned and it turned out he had a brain tumor, which is what caused the abuse.

Victoria soon took ex-husband, Billy Abbott (Jason Thompson), back. She didn’t marry him this time. They just had a commitment ceremony and Vicky kicked him out when he wasn’t responsible enough for her. Vicky then felt lonely, threw herself into her work, stuck up to her father, and we thought she was realizing she didn’t need a man. We were. Very wrong.

Victoria very quickly fell for mysterious newcomer Ashland Locke (Richard Burgi). Despite her family and Billy worried she was rushing into things with a man who claimed to be dying of cancer, Vicky plowed ahead with wedding plans. As secret after secret came out about Ashland and his stories became more elaborate, Victoria stood by his side. With every red flag waving, Victoria still insists on marrying Ashland.

Sure, she gave him a talking-to on Monday, but Ashland managed to once again convince her that he loves her and he is sorry for all the many lies. This week, Victoria is ready to get on the Newman jet and head to Italy to have the elaborate wedding of her dreams. She remains angry at brother Nick Newman (Joshua Morrow), she remains furious at Billy, and she remains defiant of everyone as she is about to become Bobbie DeFranco, aka Ashland Locke’s, wife. Stay tuned to The Young and the Restless weekdays to see how this story plays out.

GH Spoilers: Alum Tyler Christopher Is Back In The Sunshine