Y&R Spoilers: Will Nick And Phyllis Give It Another Go? 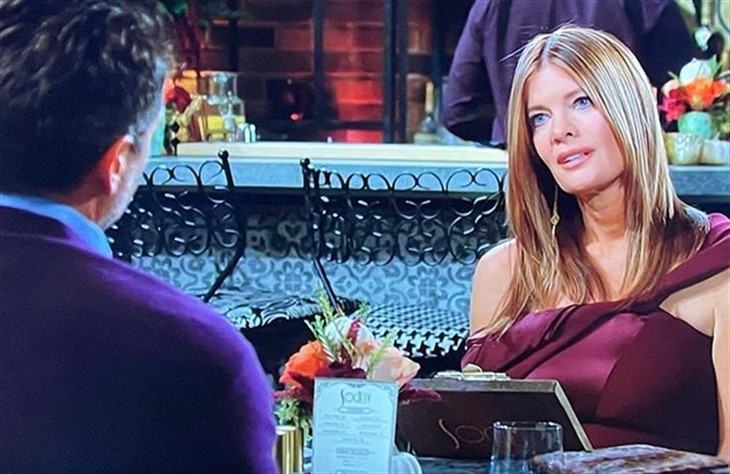 The Young and the Restless (Y&R) spoilers for Friday, December 10, 2021, reveal Nick Newman and Phyllis Summers confronting what’s happened to them and their relationship over the last few months.

The Young And The Restless Spoilers – Do Nick Newman And Phyllis Summers Have Regrets?

Both Nick (Joshua Morrow) and Phyllis (Michelle Stafford) have spent the last month or so smarting over their breakup despite the fact that they have broken up countless times before. Nick has lamented to ex-wife Sharon Rosales (Sharon Case) over and over again while Phyllis shockingly placed Jack Abbott (Peter Bergman) back into the friend zone, a place he made clear he did not want to be.

On Friday, Nick and Phyllis sit down to hash things out and figure out what went wrong. By figuring out how it all went down the tubes once again, will they be able to fix it? Also, will they want to even fix it or is this relationship finally unsalvageable? Let’s also not forget, Chelsea (Melissa Claire Egan) is about to re-enter Nick’s life…

Abby Newman (Melissa Ordway) may have Chance Chancellor (Conner Floyd) home with her and Dominic at last, but they are not out of the woods yet. Chance is still tortured over what happened to him in Spain and may need some serious help if he is ever going to be the same again.

The problem is, Abby can’t see it as all Abby can think about is her fantasy life finally coming true. With Abby remaining as delusional as ever, will Chance get the help he needs before something dangerous happens?

The Young And The Restless Spoilers – Will Hamilton Devon Get Used To Life Without Dominic?

In the same way that Abby has not been able to process the fact that Chance may be psychologically hurt after his mission, she also can’t process the fact that handing Dominic to his biological father, Devon Hamilton (Bryton James), and then ripping the child away from him again has had a profound effect on the man.

Thankfully, Devon has Amands Sinclair (Mishael Morgan) to turn to as they discuss the entire Dominic situation and if Devon can have any legal claims to him whatsoever. Stay tuned to The Young and the Restless weekdays to see how these stories play out.