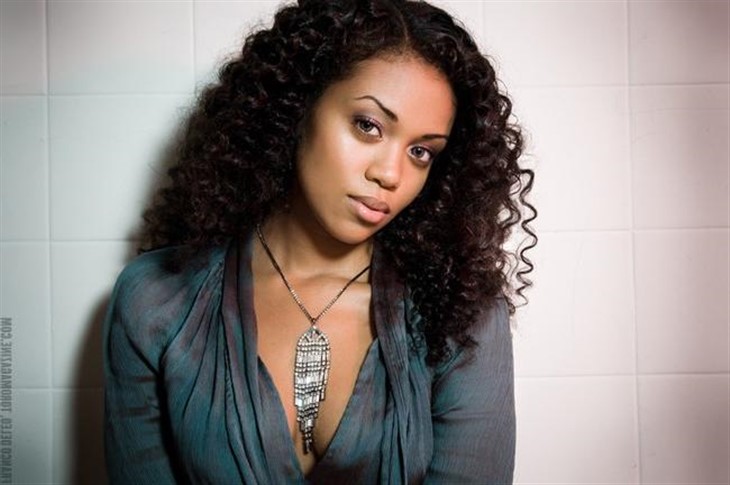 The Young and the Restless (Y&R) spoilers reveal that show star Mishael Morgan (Amanda Sinclair) recently shared some sad new with her fans. Her grandmother Maria passed away and Mishael posted a beautiful and touching tribute to her grandmother.

Mishael Morgan posted a lovely picture of her dear grandma to her Insta and captioned it: “Today we lay down THE Strongest woman I know. Her power, wisdom and love has always been in my heart no matter how far I flew. I am beyond honoured to be your granddaughter and to be here as we lay you to rest.”

Mishael went on to say, “Raise a glass for a true Trini Queen. The matriarch of our family. Love you grandma, rest in power ️. #rip #ripgrandma #lovegrandma.”

It’s clear that Mishael’s beloved grandmother was a loving and strong influence on her. Her fans expressed their love to the Y&R star and sent many condolences to her such as this one: “My condolences to you and your family…may your grandmother rest in paradise.”

Mishael Morgan has played two roles on the number one rated daytime drama. She debuted as Hilary Winters, a character that tragically died as a result of an auto accident. She left behind a complicated legacy and her widower Devon Hamilton (Bryton James).

Fans were at a loss when Hilary left Genoa City, Wisconsin as she was as firecracker of a character. There was never a dull moment when Hilary was at the helm, in both her private and professional lives. Still, she showed that she had a soft side as when she eventually took Mariah Copeland (Camryn Grimes) under her wing on the set of G.C. Buzz. 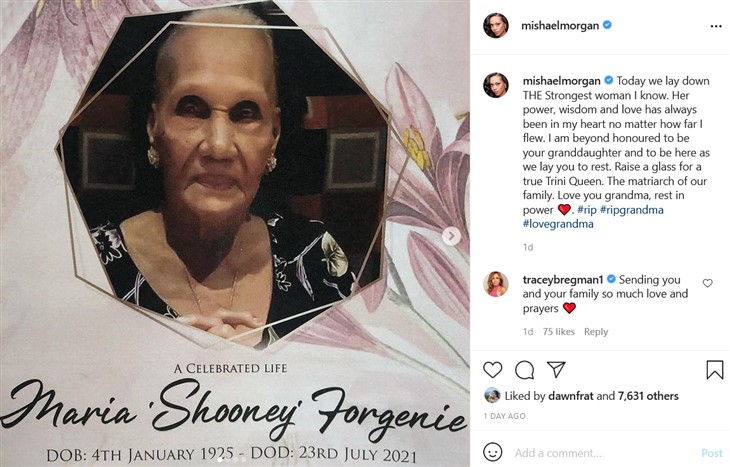 Y&R Spoilers – Amanda Sinclair Is Large And In Charge In Genoa City, Wisconsin

Now Morgan is back as Hilary’s twin, Amanda Sinclair and fans are loving her portrayal of a complex woman who must comes to terms with having her entire history turned upside down. Amanda is as determined as Hilary but a bit more compassionate. And, lo and behold, she appears to have picked up where Hilary left off with Devon.

Some fans were not on board with this pairing but over time Morgan won them over!