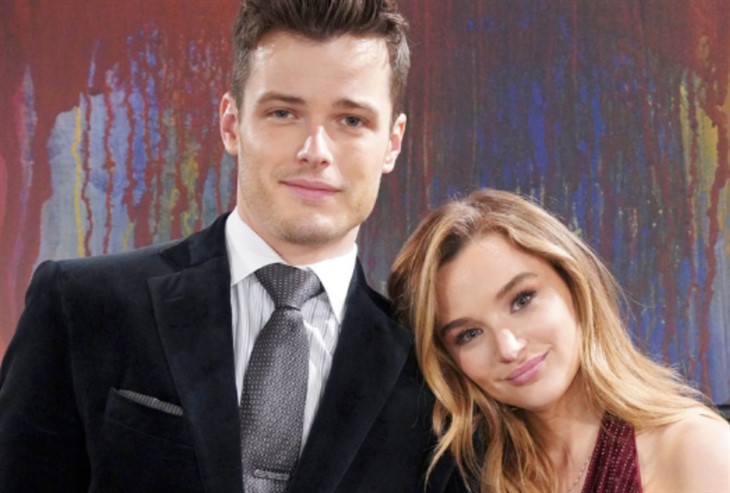 The Young and The Restless (Y&R) spoilers and updates reveal King and Mealor spoke to Soap Opera Digest recently regarding their upcoming episodes and how it felt to be back on the Y&R set. Skyle fans are excited that their favorite couple is returning, even if only briefly.

Summer Newman (Hunter King) and Kyle Abbott (Michael Mealor) are two popular characters on The Young And The Restless. As a couple, they are truly beloved by their followers and seemed to ve poised for super couple status. They each spoke to Soap Opera Digest recently to discuss what they have been up to since leaving the CBS soap and also spoke about their upcoming return.

Hunter King said she has gone back to school and is taking a math class while Mealor said he recently moved and has been spending time with his dog. Neither actor mentioned any upcoming projects but both said they enjoyed being back on the Y&R set.

Both Mealor and King said they were happy to see their former castmates who greeted them warmly. The duo agreed that they did not like being the center of attention but were thrilled to be a part of the wedding of Victoria Newman (Amelia Heinle) and Ashland Locke (Richard Burgi).

Mealor and King did not give the dates for their return or anydetails on what happens with Ashtoria What is known is that they will show up as everyone is gathering in Tuscanny for Victoria and Ashland’s nuptials. The duo also did not say anything about Kyle and Summer’s off-screen civil ceremony which shocked Skyle fans who were hoping to see the couple have a lavish on-screen fairytale wedding.

B&B Spoilers: Finn and Hope Have Chemistry – Sheila and Deacon Light The Spark