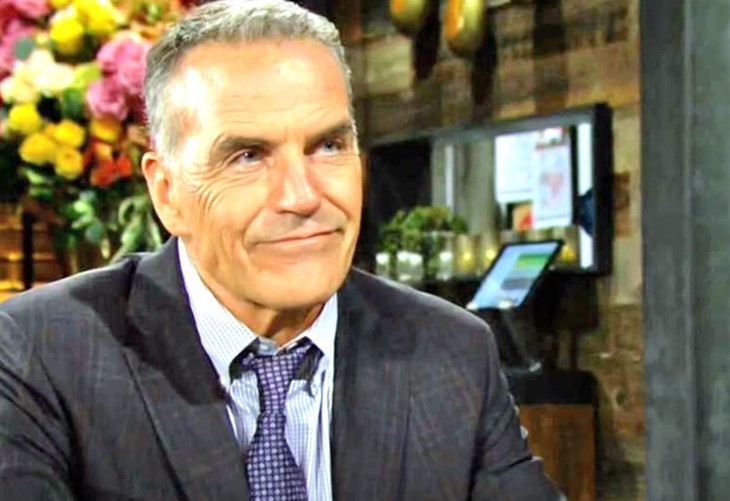 The Young And The Restless Spoilers – Will Nick Newman Cave?

Nick (Joshua Morrow) managed to thoroughly piss off his sister, Victoria Newman (Amelia Heinle), by digging up information on her mysterious and secretive fiancé, Ashland Locke (Richard Burgi). Nick wasn’t so sure he bought Ashland’s story about taking over a dead man’s identity years ago, but now it looks like Ashland is in desperate need of help and turns to…Nick.

This is quite an unexpected turn of events and Nick doesn’t know what to make of it. He can’t trust this guy at all because there’s a new secret every day and now Ashland has yet another one to reveal — and he trusts Nick with it. Will Nick do his possible future brother-in-law a favor or will he betray him the way Victoria thinks he betrayed her?

Y&R Spoilers – Adam Newman And Sally Spectra Battle It Out

Despite the definite chemistry between them, Adam (Mark Grossman) told Sally (Courtney Hope) he is not about to take things past a business relationship with her. Sally doesn’t like that idea but is living with it. However, she is still working for him so they see one another every day and on Monday they spar. What could be the animosity between them now? Does he learn she is obsessing over designing a wedding dress for his sister that she’s determined for her to wear without realizing she is wearing a Sally Spectra The Younger Creation?

Maybe Adam will be the one who helps her get this gown to Victoria now that these Newman siblings have called a truce and are talking again.

Now that Amanda Sinclair (Mishael Morgan) is living with Devon Hamilton (Bryton James), it looks like everything is going their way. It wasn’t nice that she had to run because of Naya (Ptosha Storey) the night she moved in, but Amanda decides to make it up to Devon on Monday with something extra special planned. Devon has had an emotional time of things lately so this can be just what he needs. What could it be? Stay tuned to The Young and the Restless weekdays to see how these stories play out.