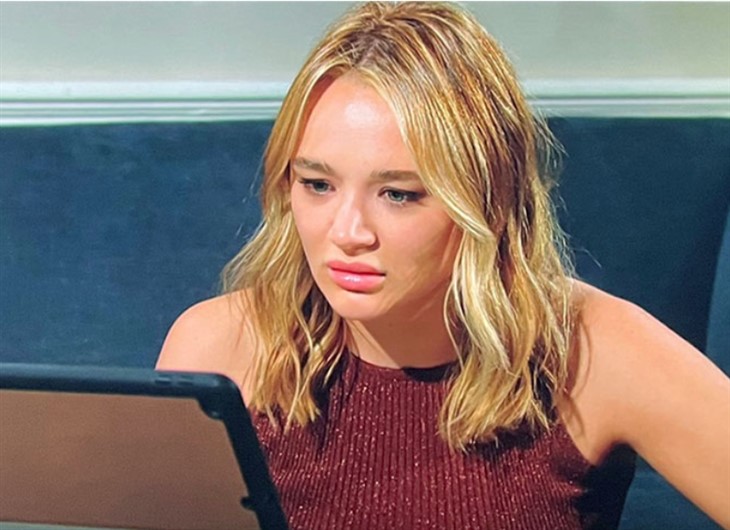 The Young and the Restless (Y&R) spoilers for Monday, August 9, 2021, reveal a big surprise for Nick and Phyllis. Somehow Kyle (Michael Mealor) managed to get to Italy in about 20 minutes. Tara (Elizabeth Leiner) was arrested, Kyle and Jack (Peter Bergman) knew the truth, Phyllis (Michelle Stafford) was pleased with herself, and Kyle was at Summer’s (Hunter King) hotel room door before we could blink. And Summer was absolutely thrilled to see him and fell into his arms.

The Young And The Restless Spoilers – Phyllis Summers Wins The Day

It looks like Skyle is back on again but how long will we get to see it? On Monday, Phyllis and Nick are shocked to see someone back in town and it looks like that someone is Summer. Kyle did say he was there to bring her home, but what about her job?

We do know Summer and Kyle will be off the show soon as Hunter King and Michael Mealor have already taped their final scenes. Will they ride off into the sunset together? And will that sunset end up being Italy because it will turn out Summer was really good at her job and liked it? Will Harrison go with them? Is he even really Kyle’s son? And what will happen to Sally (Courtney Hope) now? So many questions to be answered…

Victor (Eric Braeden) and Nikki (Melody Thomas Scott) are utterly stunned when Victoria (Amelia Heinle) tells them that she and Ashland (Richard Burgi) are getting married. Victoria often likes to jump into things headfirst without thinking and that just may be what is happening this time. Didn’t this happen too quickly? Is she really sure about this? Her parents need to know.

The Great Victor Newman is also not happy that Victoria would marry a business rival? Plus, isn’t Ashland dying? Does Victoria want to put herself through this?

And what about Billy Abbott (Jason Thompson)? How will he feel about Victoria jumping into marriage again so suddenly when all she would give him during their last go-around was a commitment ceremony? Something tells us he won’t be happy… Stay tuned to The Young and the Restless to see how these stories play out.