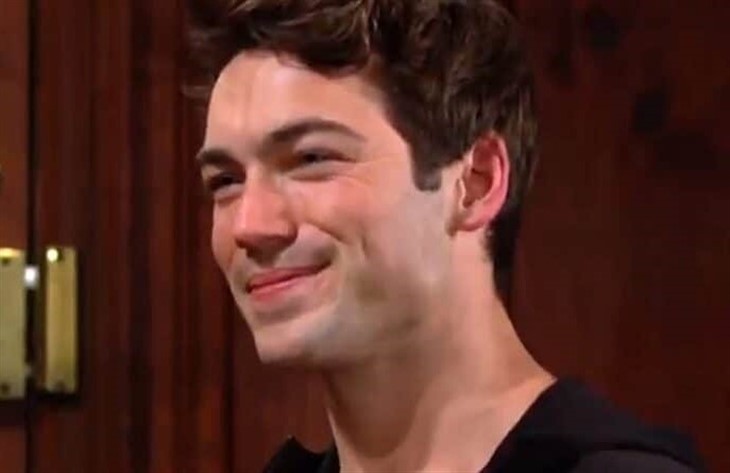 The Young and the Restless (Y&R) spoilers and updates tease Tessa Porter (Cait Fairbanks) has been concerned about her relationship. Tessa has been worried about her girlfriend Mariah Copeland (Camryn Grimes). Mariah was kidnapped by Dr. Ben Rayburn AKA Stitch (Sean Carrigan) when she was pregnant with Dominic Phillip Newman-Abbott-Chancellor (no actor’s name known for this important role).

Mariah had offered to be the surrogate for Abby Newman (Melissa Ordway) to realize her dream of becoming a mother. Mariah and Dominic were saved but Mariah has been struggling to move forward. Mariah has decided that the best way to move on would be for her and Tessa to have a child.

The Young and the Restless spoilers tease Tessa is reluctant to make the commitment to becoming a mother. Tessa went to Tuscany to perform at Victoria Newman (Amelia Heinle) and Ashland Locke’s (Richard Burgi) wedding. She encountered Noah Newman (Rory Gibson) at the wedding.

Tessa was excited to get to see Noah. Tessa has been trying to decide what she wants to do about her relationship. Tessa confided in Noah some of her concerns about Mariah. Noah wants to help because he is Mariah’s brother. He can see that Tessa wants to make Mariah happy but is trying to find the best way to do it.

Noah will want to reunite with Mariah when he gets back to Genoa City. Noah has been overseas working on his art career but has decided that he wants to take some time away from the art world. Noah will find out that Mariah wants to become a mother with Tessa. Noah may believe that Mariah should wait and fully heal before she and Tessa become mothers to a child.

Y&R spoilers tease Mariah may believe that Noah does not want her and Tessa to be happy because he wants to be with Tessa. Noah and Tessa are both creative people which may bring them together. Noah may want to remain friends with Tessa. Noah may believe that he can help Mariah and Tessa to become mothers. Noah could offer to help to be the donor for Tessa to carry her and Mariah’s child. Noah may decide to help to make Mariah’s dream of becoming a mother come true.

Will Noah be the one that Mariah loses Tessa to because she cannot accept that Tessa does not want to have a baby with her? Be sure to catch up on everything happening with Y&R right now. Come back here often for The Young and the Restless spoilers, news, and updates.

How Old Is Sonny Corinthos On General Hospital?