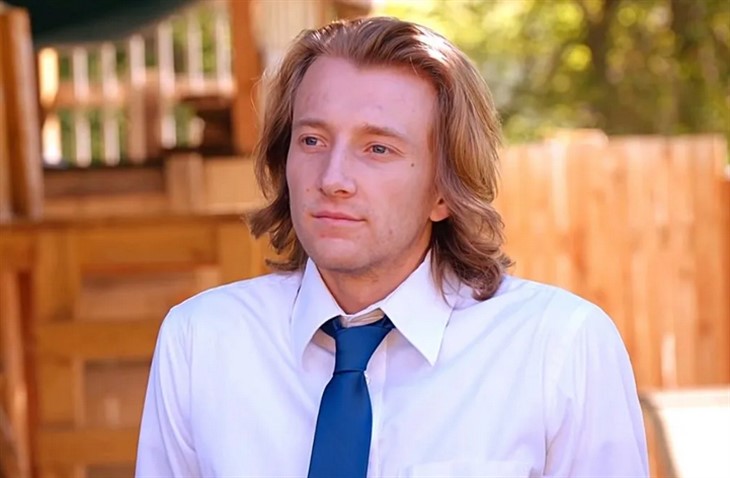 90 Day Fiance’: The Other Way Spoilers suggest that Alina may have shaded Steven after his big secret reveal. Where do they go from here?

90 Day Fiance’: The Other Way Steve is a member of the Church of Jesus Christ of Latter Day Saints, which means he is a Mormon. Of course, Mormons are very strict when it comes to things like premarital sex, etc. Some Mormons even believe that drinking caffeine is not allowed either. However, Steven has revealed that he is not a virgin, but he probably expects Alina to be. Unfortunately, Steve seems to not know what is acceptable when dating someone exclusively. Recently, it was revealed that Steven asked Alina if he could date other girls before coming to join her in Turkey. Of course, after calling himself “Steven with a V”, Steve has made it very easy to throw shade at him and make sure he knows it was meant for him alone.

90 Day Fiance’: The Other Way star Alina recently posted a photo of herself in full makeup that Steven didn’t like. Fans called Steve out on his actions just as Alina did. “Somebody with a V didn’t really like this photo. But I think I look good here and it took me a long time to do this makeup,”. “Girls, don’t let a man decide if you look beautiful or not.” Is it Steven’s place to tell Alina how to wear her makeup and how to dress? Does Steven have a right to make demands when he is misrepresenting himself to Alina? Can Steven even regain Alina’s trust after the truth come out?

90 Day Fiance’: The Other Way’s Steven is nervous that Alina won’t want to go through with being baptized into the Mormon church or being with him after his reveal. Steven doesn’t want the two of them staying together in Turkey because they have promised to remain chaste until their wedding. However, Steven has already broken the vows of the church by having sexual relationships. Alina already had trust issues with Steven but this could be the straw that broke the camel’s back. Does Alina not deserve a man who has the same value as she does? Should Steven not have practiced abstinence if that is what he expects from his partner? Can Steven ever regain Alina’s trust?

It seems that Steven is off to a very bad start with this relationship and it may get worse. Will Steven and Alina stay together? Is there any hope for their future? Only time will tell if this relationship can be repaired.

Days Of Our Lives Spoilers: Ben And Ciara Go Back In Time…Beyond Salem