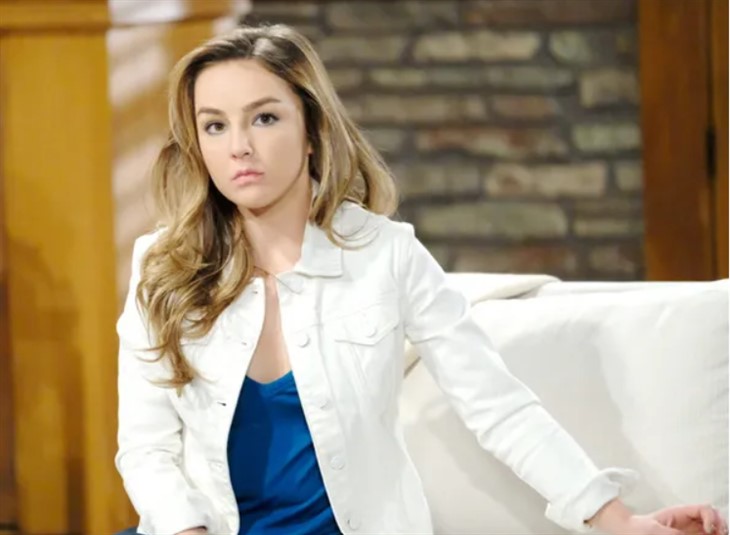 General Hospital (GH) spoilers tease Kristina Davis (Lexi Ainsworth) has long been trying to find her purpose in life. After finally breaking free of the Dawn of Day cult, Julian Jerome (William DeVry) took a chance on Kristina and hired her as a bartender at his bar/restaurant. Over the months, Julian trusted Kristina with more and more responsibility. But Julian died late last year, and Kristina hasn’t been seen much in the following months. But Ava Jerome (Maura West) inherited the establishment after Julian died and has been trying to run it while also running her art gallery.

Kristina was easily conned by cult leader Shiloh (Coby Ryan McLaughlin) and despite the pleas of her friends and family. On the night of her initiation, Shlloh had Kristina drugged and prepared to have sex with her. She was saved at the last moment by Jason Morgan (Steve Burton) but it took an intervention and several weeks before Kristina could break free from her brainwashing.

Ava life has been getting more and more complicated and she will be leaving town for at least a short period of time. And while she is away, she is going to let Kristina run the bar. And while she should know everything there is to know about running the business, one has to wonder how Kristina will handle the responsibilities.

General Hospital Spoilers – Kristina Davis Usually Only Shows Up When She Is Making A Mess Out Of Her Life?

Will Kristina thrive if given added responsibilities. If it were anyone but Kristina, there would be no doubt everything would be handled. But Kristina has a history of making bad decisions and making a mess out of her life. Perhaps one of the Five Families will insist that Kristina launder money for them. And instead of telling Jasson Morgan (Steve Burton), Kristina could try to handle the situation herself. But the mob won’t hesitate to retaliate causing a loss of life or destroying Charlie’s. Hopefully, Kristina has learned from her past and will make Charlie’s even more successful that it already is.

Is Ava making the right decision by putting Ava in charge of Charlie’s? Or will Kristina make a bad decision that will make her life a mess once again? Could one of the Five Families target Charlie’s? Anything can happen in Port Charles so stay tuned to General Hosptial airing weekdays on ABC. And don’t forget to check back right here regularly for all your General Hospital news, information and spoilers!