Y&R Spoilers: Billy And Lily Have A Big Decision To Make 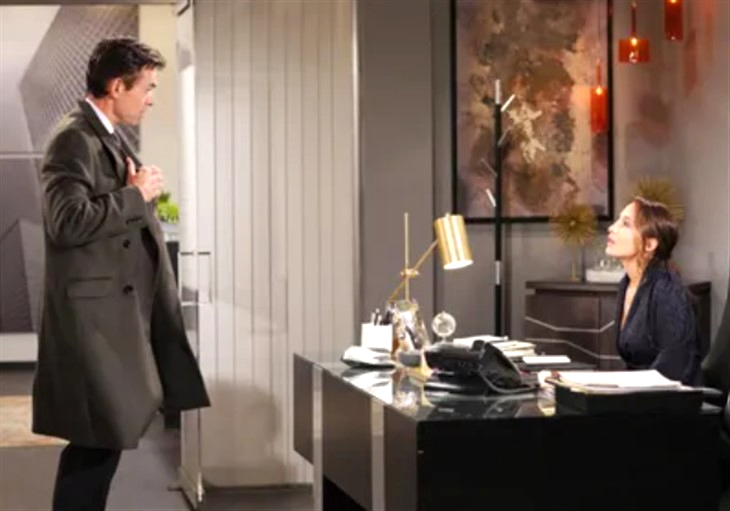 The Young and the Restless (Y&R) spoilers for Thursday, August 12, 2021, reveal Billy Abbott (Jason Thompson) and Lily Winters (Christel Khalil) trying to make a big decision. Will Billy do the surprising thing?

The Young And The Restless Spoilers – Does Billy Abbott Change His Ways?

Running a media company comes with its challenges and although Billy  and Lily  had absolutely no experience running a media company before, they are the leaders of ChanceCom and have to make major decisions all the time. Billy usually wants to run with a scoop while Lily always insists on being more cautious. There are libel laws after all.

On Thursday, Billy and Lily are faced with yet another ethical choice to make. Chances are Billy wants to run a story that will hurt people and Lily does not. Chances are this also has to do with Victoria (Amelia Heinle) and Ashland Locke (Richard Burgi) since he can’t accept his ex-wife ever being with anyone else. Victoria already pulled her own tricks when Billy first started dating Lily. Is Billy committed enough to Lily now (after all, they are living together) to listen to reason and leave well enough alone with his ex-wife and her new fiancé? Can she convince him to do the right thing by her, their company, and Victoria?

Nate (Sean Dominic) and Elena (Brytni Sarpy) are giving it another shot at love after starting their romantic relationship on an exam table in the New Hope Clinic. She was living with and committed to Devon (Bryton James) at the time, but her jealousy of Amanda (Mishael Morgan) and nearly losing a teenage patient led her to do the deed with Nate on that table. Because Elena doesn’t know how to be on a soap, she confessed to Devon within weeks and he dumped her. She then tried to give it a go with Nate, but called out Devon’s name and confessed she still wanted Devon right before they were to make love. Again, because Elena doesn’t know how to be on a soap opera.

Elena may now find Amanda’s sister getting in her way of a relationship once again. It’s very clear on Thursday that Imani (Leigh-Ann Rose) wants Nate and may stop at nothing to get him. Stay tuned to The Young and the Restless to see how these stories play out.