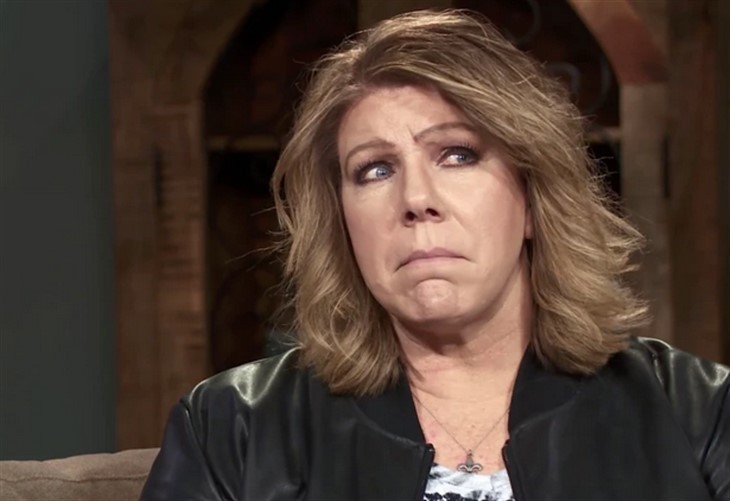 Sister Wives spoilers and updates tease that Meri Brown apologizes to Robyn Brown in a rare scene on a new episode of the TLC series. She also tried to make amends with Kody. Will Robyn and Kody accept her apology?

Fans know that Meri Brown has no plans of getting back into a romantic relationship with Kody. Robyn, whom she brought with her as Kody’s fourth wife, is now getting all of his attention.

But Robyn wants Kody to spend time with his other wives, particularly Meri. For instance, Robyn insisted for Kody to cook up s’mores for his first wife when they were all at a campfire in the previous episode.

Things aren’t going very well for the Sister Wives. Fans may recall that Robyn has blown a fuse after Meri joked that Robyn cooked up the family’s COVID-19 protocols, which Robyn vehemently denied.

During Sunday night’s episode, Sister Wives features the family’s strict coronavirus pandemic protocols. It all started when one of the wives asked why a nanny can get to see their kids but none of the other kids could. Kody said that he has given a list of rules that the nanny needs to follow.

It seems like most of Kody’s partners aren’t happy with these over-the-top rules. Janelle Brown is “astonished” at the rules while Christine considers them as unrealistic.

Things were getting tense when they started to discuss the safety protocols so Meri cracked a joke that didn’t sit well with Robyn and Kody. Robyn was furious after Meri turned to her and joked that Robyn made the rules on the list.

Kody’s youngest wife suddenly became defensive. Robyn raised her voice and told the other wives to stop being suspicious of her.

Meri apologized to Robyn and said that she only said it as a joke. Then Kody joins Robyn in calling out Meri. Robyn and Kody told Meri not to make it all about her even when the latter insisted she was just joking.

When Kody was alone with the camera, he insisted that Meri wasn’t joking when she made that remark about Robyn. He added that Meri doesn’t like the rules and she’s blaming Robyn.

As for Meri, she’s upset about what happened. She also questioned if Kody knows how close she is to his youngest wife.

“I will defend Robyn all day, any day after a decade or more of knowing her,” Meri said.

Will they be able to patch things up? Will Kody redo the list and loosen up his pandemic safety rules?