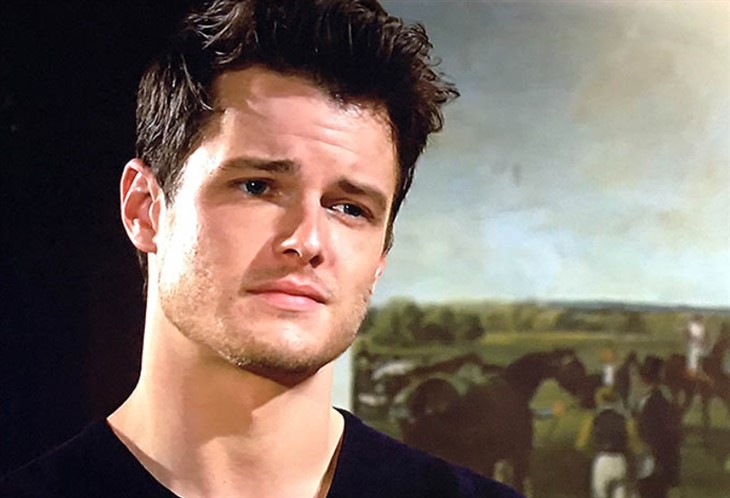 The Young and the Restless (Y&R) spoilers document that in Genoa City, Wisconsin, Kyle Abbott (Michael Mealor) is living in what he thinks is a post-Skyle era. Tara Locke (Elizabeth Leiner) believes she’s leaped over the biggest hurdle, in forcing Summer Newman (Hunter King) off the continent and seemingly out of Kyle’s life.

However, as fans see in the confrontation Mealor’s character has with Phyllis Summers (Michelle Stafford), some tension points have been momentary resolved. So, the emotional stability that Kyle is gaining will also allow him to gain perspective. With that, along with Phyllis’ determined efforts, Tara’s cover, that is already slipping, will fall or be pulled down.

The Young And The Restless Spoilers – Kyle Abbott Had No Chance

Kyle and Ashland Locke (Richard Burgi) were kept in the dark about Harrison Locke’s (Kellen Enriquez) paternity. Neither man knew that Tara and Kyle, not Tara and Ashland, were the boy’s parents upon his birth.

Tara’s choice to conceal the paternity truth from her husband and Kyle was intended to keep her good life in order, along with what she thought was a preferred reality for her son. But Tara’s plans went awry when Theo Vanderway (Tyler Johnson) spotted her and Harrison in New York, with the soap washing that circumstance.

Kyle had no chance to be part of his son’s first three years or to learn of his fatherhood status in a normal fashion. It appears as though Kyle is moving toward the day where Tara’s exposed duplicity will dramatically shift his perception of Harrison’s mother.

To refer to Tara and Sally Spectra (Courtney Hope) as former enemies would be wrong. Both ladies are current rivals of Summer because the plan they conceived and executed is causing King’s character to remain separated from the man she desperately loves.

Sure, Summer realized a dream job in Milan, Italy. But that was never her goal. She killed it at Jabot and earned a prime spot working for Lauren Fenmore (Tracey Bregman).

Summer and Kyle were to be married in coming months. Then, she decides that Skyle wasn’t right?

No, Phyllis won’t accept what she knows Tara and Sally cooked up. But proving it and getting Kyle on board are two hard issues.

The Young And The Restless Spoilers – One Or Both Take The Fall?

Fans know that Mealor and King haven’t renewed their contracts and are leaving Y&R. There is always hope for change. But if not, then both halves of Skyle will be gone shortly.

Tara can be written out of the show at almost any point, as she’s tied to Kyle. So, a self-reveal would be a smooth way for that to happen, while also protecting Hope’s character, who is a crossover regular.

Alternatively, Sally’s lead in this Skyle-bashing storyline can be part of the reveal. However, that would leave her reeling, with little life prospects remaining in Genoa City, Wisconsin.