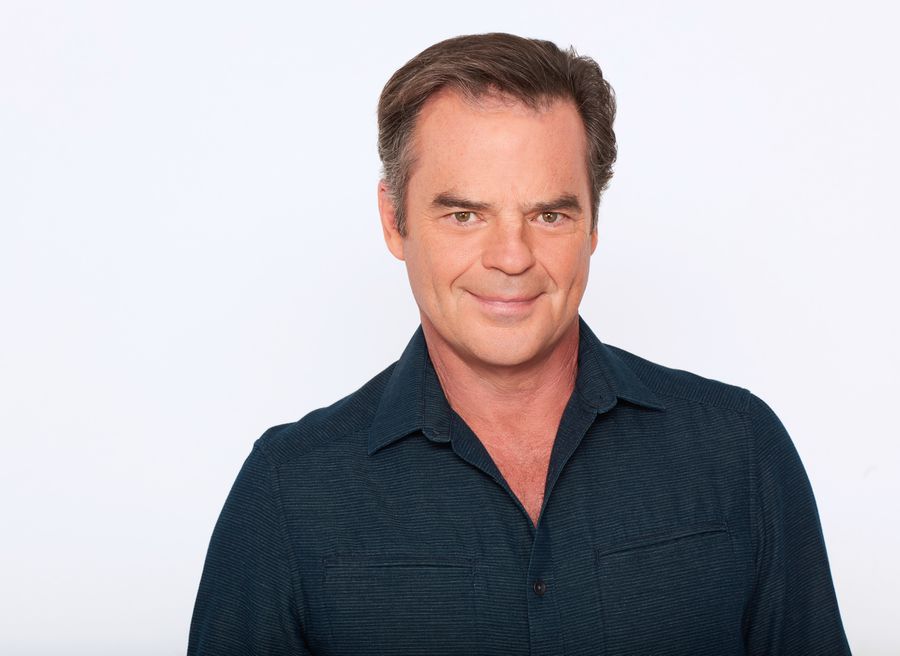 Days of Our Lives and General Hospital star Wally Kurth turns 63 today, July 31, 2021, and has spent more than half of his life in the daytime television spotlight, first as Justin on DAYS and then as Ned on GH, and now as both on each show, respectively. Learn more about the busy actor with these five facts as he celebrates his birthday.

Kurth got his start in show business as a singer and appeared on Broadway as the Pirate King in the classic musical The Pirates of Penzance before he ever graced our TV screens. He has also released several albums along with Christian Taylor as part of the band Kurth and Taylor. And of course, Justin frequently sang to Adrienne on DAYS, while Ned once had an alter ego, a rock star named Eddie Maine. We can still see Ned perform each year at the Nurses’ Ball.

In the 1990s, Ned and Lois were a popular couple on General Hospital and Kurth fell for and married Rena Sofer, the actress who played Lois and now plays Quinn on The Bold and the Beautiful. It was a case of art imitating life when Sofer gave birth to Kurth’s second daughter, Rosalind, and Lois gave birth to Brook Lynn.

Wally Kurth Is A Devoted Dad

Kurth and Sofer divorced after a few years and he eventually married his current wife, Debra, in 2003. The next year Kurth’s first son, Brogan, was born. Kurth already had two daughters, Meghan, from a relationship before he became a soap star, and Rosalind from his marriage to Rena Sofer.

Wally Kurth Earned A First In 2021

After more than three decades on soaps, Kurth earned his first nomination for Outstanding Lead Actor in a Drama Series in 2021 for his work as Justin Kiriakis on Days of Our Lives. He had previously earned nods in the supporting actor category.

Wally Kurth Can Pop Up At Any Time

Yes, Kurth plays Justin on DAYS and Ned on GH simultaneously and there are times when you can see him as one character one hour and the other character the next, making the actor a rarity indeed.