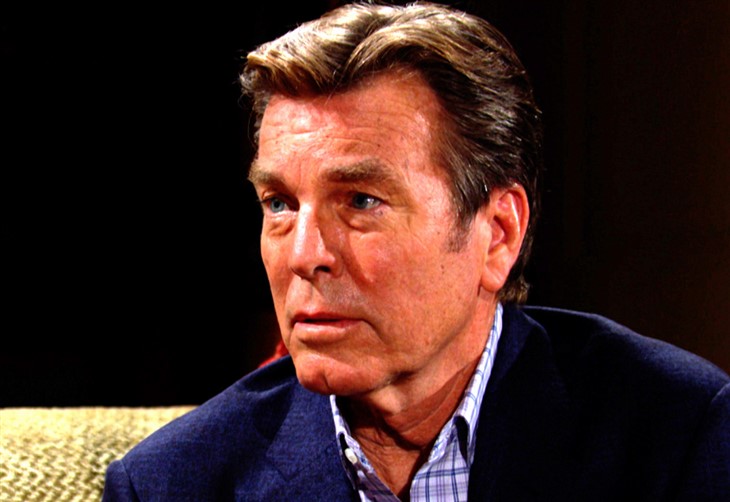 The Young and the Restless (Y&R) spoilers for Wednesday, September 22, 2021, reveal in Genoa City, Wisconsin Jack Abbott at a crossroads in his life not knowing what to do next.

But at least Victor will always have Nikki (Melody Thomas Scott) by his side while Jack is all alone. His last two failed romances with younger women who only knew how to lie didn’t help his situation. He now realizes he is in love with Phyllis Summers (Michelle Stafford) and always has been but he doesn’t know what to do about it. After all, she is with Nick Newman (Joshua Morrow) and he is not about to up end her life at the moment.

So, what does Jack do on Wednesday? Well, he reflects of course. And he dreams. And it’s his very own episode because if his little brother Billy Boy Abbott (Jason Thompson) can get TWO special episodes in the course of a year, Jack deserves at least one. And maybe even another Emmy for Peter Bergman.

In Jack’s dream, Nick is very, very angry at him for interfering with his life with Phyllis. Jack tries to be apologetic, but Nick isn’t hearing it. He’s furious with Jack and seems to want to keep Phyllis to himself. After the moment he spent with Sharon (Sharon Case) closing Crimson Lights a few weeks ago, fans should know this is a dream since Nick is starting to doubt his own life now. (Will he get a very special episode, too?)

We will see flashbacks and even flashforwards to how Jack wants his life to be rather than what it is now. And we will be treated to decades worth of Jack and Phyllis. What more could any fan want? Perhaps to see them really together? When Jack wakes from his dream he makes a decision about what to do about the Phyllis situation. Is he going to fight for her or let her be miserable with Nick? Stay tuned to the Young and the Restless weekdays to find out.