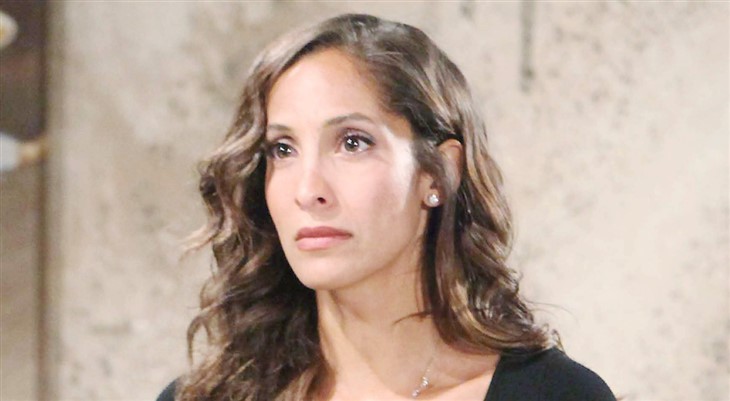 The Young and the Restless spoilers tease that the CBS soap has taken a huge turn in direction and now one of the stars is saying exactly how she feels about it.  What did Christel Khalil just say about what the show has done to her character Lily Winters?

Khalil told CBS Soaps in Depth that her character is moving on in the world, “The business side and dealing with Billy and the Newmans and all these things that are coming. It’s definitely a fun thing to do because I’ve never gotten to do it with her before.”

She is talking about the new direction Lily Winters is taking after taking a job working with Billy (Jason Thompson) at Chancellor Industries’ media division.

The change is very apparent as, up to this point, Lily’s storylines involved hefty doses of romantic entanglements. In the past few years, the show depicted her now failed marriage to Cane Ashby (Daniel Goddard). They hooked up in 2007, had kids children together, and finally went their separate ways.

Oh, wait, Lily also went to jail in between then and now! That was because she was driving a car in which her sister in law was killed as the two argued.

Apparently Lily did some heavy thinking in jail. She decided to ditch her marriage and her designer wardrobe to help other inmates. That seems to have gone by the wayside as she is now in the corporate world and rebuilding her power wardrobe.

She stated, “It’s nice as an actor for Lily to come in and be able to work with someone different and play different things. It definitely instills a breath of fresh air, which is really nice.”

She then teased, “There has been a shift on the show to bring more women in power. And they saw Lily as a part of that, which I’m very grateful for.”

In addition to Lily, Victoria Newman (Amelia Heinle) has fought her way to the top of NE. Might these two alpha females be engaged in some corporate battles as fall descends? That might happen if this new trend of power females continues to keep Genoa City on its toes!

Eastenders Spoilers: Chantelle Develops Feelings For Another Man, Find Out Who