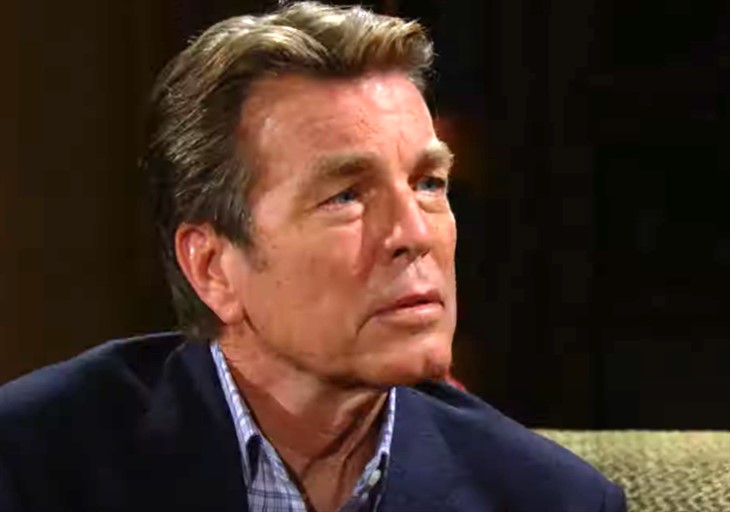 The Young and the Restless (Y&R) spoilers for Thursday, September 9, 2021, reveal in Genoa City, Wisconsin Jack Abbott dropping the happy facade and making a true confession about his feelings.

The Young And The Restless Spoilers – Time For Phack Again?

Jack Abbott (Peter Bergman) has certainly not had good luck with women since he divorced Phyllis for cheating on him with Billy (Jason Thompson). Their last marriage never did get off to a good start considering that Victor Newman (Eric Braeden) kidnapped him and replaced him with a drug lord doppelganger named Marco for a while. Phyllis never got over the fact that she slept with a man without knowing who he really was.

His latest try at romance with Sally Spectra (Courtney Hope) was bound to go nowhere because she was way too young for him and is at the manipulative point in her life where she can barely ever stop lying to defend her own bad moves. Jack has still been putting on a smile because he’s not known as Smilin’ Jack for nothing. But he is sad. Very sad. And lonely.

And when Phyllis (Michelle Stafford) stops by and they start discussing the whole mess with Sally, Jack can’t help himself as he explains what he saw in Sally. He saw a younger Phyllis and was hoping she would turn out to be what a mature Phyllis is now. Maybe Phyllis should think about the fact that even Sally noticed something is still there between her and Jack.

Speaking of Sally Spectra, she finally gets to see what the real Great Victor Newman is like when he decides he needs to have some words with the young fashion designer who descended on Genoa City like a pariah from LA.

He doesn’t like seeing Sally with Adam (Mark Grossman) and Adam doesn’t seem to be obeying his dear father and staying away from the girl. So, Victor takes it upon himself to tell Sally she needs to stay away from Adam. We can’t see Sally taking kindly to this. Will Victor be surprised about the reaction he gets from the fiery redhead? Stay tuned to the Young and the Restless weekdays to see how these stories play out.