The Young And The Restless Spoilers: Phyllis And Nick Split Looms 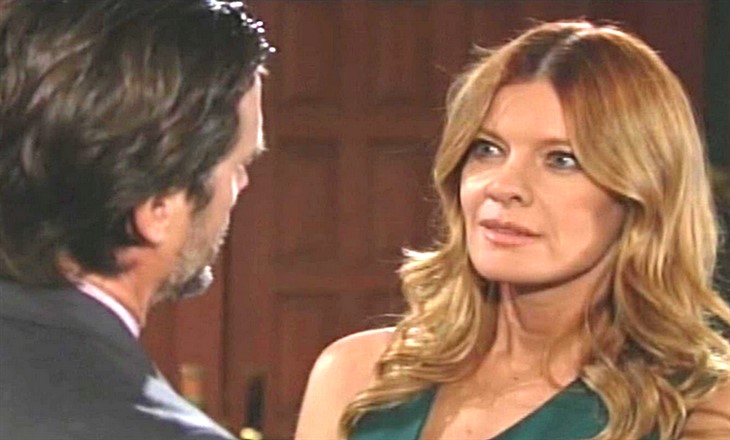 The Young and the Restless spoilers document that Phyllis Summers (Michelle Stafford) and Nick Newman (Joshua Morrow) referenced past soul mates. That in and of itself wasn’t unusual. The nature of the talk, which was initiated by Nick, implies that trouble is ahead.

Phick has been rolling along. Phyllis wanted Nick back and had to work many months to make that happen. But the events that began to build when Stafford reprised her iconic role a few years ago resulted in a stronger Phick than existed in many years.

However, daytime isn’t about tranquility. It is about drama. So, the mention of Jack Abbott (Peter Bergman) and Sharon Rosales (Sharon Case) feels telling.

The Young And The Restless Spoilers – For A Switch To Happen

A couple’s switch or more than one of them has to be set up first. So, Phick would have to fail badly in order for Phyllis to be vulnerable, devastated, and then seek comfort in Jack’s arms.

Of course, Jack would have to be a willing participant. He might be that if the man Phyllis was presumably leaving, or was dumped by, wasn’t Nick.

Phack’s failure to survive is tied to Nick, which hurt Jack badly. He still has scars and has occasionally referenced them. However, Jack is alone now and has been in Phyllis’ proximity in recent months due to Skyle’s troubles, reconciliation, and move to Italy.

As of the moment, Sharon and Rey Rosales (Jordi Vilasuso) are on solid ground. They’ve had their issues. But it’s reasonable to believe that the Adam Newman (Mark Grossman) based problems are resolved, at least for now.

Sharon is not in love with Nick. So, she will have to be betrayed by Rey or he would have to walk away from Shey. He has stuck by Sharon to date because of the depth of his love for her.

Along with the above, Y&R has an aversion to reprising Shick. They’ve been divorced since the mid-2000’s and two altar appearances proved to be unrealized nuptials.

Phick isn’t engaged. So there is an emotional commitment, but not a formal one.

This indicates that both people are taking their latest reunion slowly on purpose. Cautious optimism is justified. But their unwillingness to take the plunge, even with an engagement, is worth noting.

Phyllis or Nick could become deadly ill or incapacitated in some manner. That would bring one to the other’s side initially, but also create stress that could eventually drive them apart.

Alternatively, a character that hasn’t been mentioned or one from either person’s past could return at any time. That would be the type of plot device that could end Phick again.

The Bold And The Beautiful Spoilers: Paris Gets New Love Story