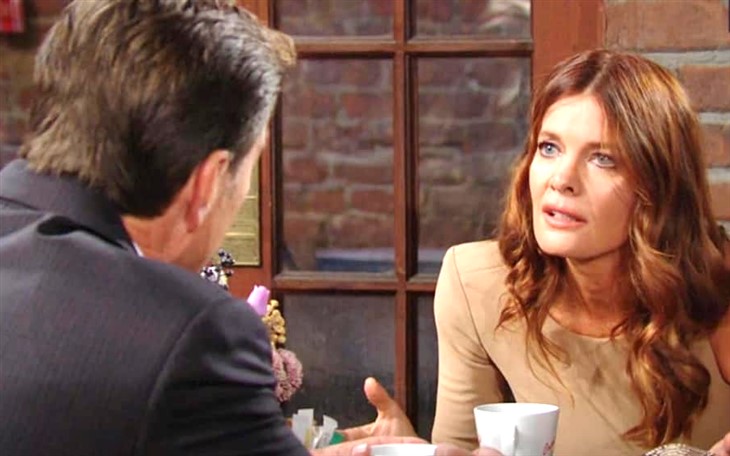 The Young and the Restless (Y&R) spoilers for Wednesday, December 9, 2021, reveal Jack Abbott and Phyllis Summers coming to terms with the changes in their relationship.

The Young And The Restless Spoilers – Is It A New Phack Beginning?

Jack (Peter Bergman) and Phyllis (Michelle Stafford) have been dancing around feelings for one another for months now. Jack even came right out and told Phyllis he was still in love with her but didn’t want to come between her and Nick Newman (Joshua Morrow). When Nick and Phyllis finally called things off, Jack didn’t want to be the rebound guy so he’s been the friend who Phyllis can talk to about anything.

But now it’s time to face the music and discuss what’s really going on between them. Do they really want to go down that road again and be hurt once again by one another or do they want a fresh start to their friendship with all the feelings that came through over the last few months put aside? What will Phyllis and Jack ultimately decide to do? Is it time to just admit that they are right for each other and be happy? (Or as happy as you can be on a soap).

When Adam Newman (Mark Grossman) goes to Sally Spectra (Courtney Hope) for help, she is happy to oblige but that doesn’t mean the sparks won’t fly between them. This is clearly about business but what does Adam need that he can’t get from anyone but Sally? Will she join in on another scheme to hurt Billy (Jason Thompson), since all the Newman’s want to do is hurt Billy?

Billy’s life is falling apart once again. He screwed up yet another business venture that was handed to him, alienated his family, alienated Victoria Newman Locke (Amelia Heinle) and now just wants everyone to forgive and forget.

On Wednesday, he makes a solemn promise to Victoria, but can he keep it? He may want to keep it, but we all know Billy isn’t very good at that and his addictive personality can’t help but to do something that will ultimately get him in trouble. Stay tuned to The Young and the Restless weekdays to see how these stories play out.