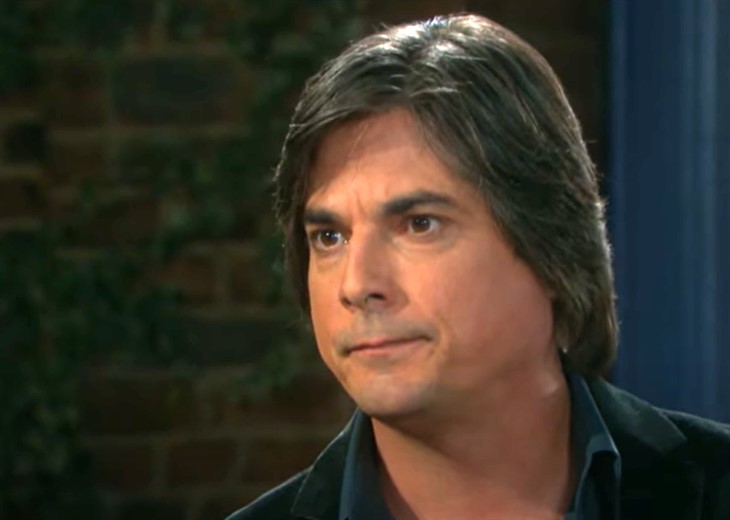 Days of Our Lives (DOOL) spoilers for Wednesday, December 8, 2021, reveal Lucas doing everything he can to find Sami and free her. After all, he is in love with her.

Days  Of Our Lives Spoilers – What Happened To Philip Kiriakis?

Lucas Horton (Bryan Dattilo) declared his love for Sami Brady (Alison Sweeney) earlier this year after their brief affair and begged her to choose him rather than EJ DiMera (Daniel Feuerriegel) but she wanted EJ. By that time EJ did not want her because he learned what happened with Lucas and the next thing Sami knew she was kidnapped. Months later, she finally got a hold of a phone — three times — and the third time’s a charm as she reached Ally Horton (Linsey Arnold) and Lucas and Lucas told her help was on the way.

Now, how Lucas intends to help Sami remains to be seen, but we do know he puts his plan into action on Wednesday and from the looks of this week’s DOOL promo when Sami finds Nicole Walker (Arianne Zucker) and EJ in bed together, Lucas gets the job done.

DOOL Spoilers – The Search For Kristen DiMera Goes On

Kristen DiMera (Stacy Haiduk) always seems to elude the police and maybe it’s because the Salem PD commissioner is Rafe Hernandez (Galen Gering) and Rafe isn’t very bright. Kristen has managed to escape again and Rafe has a job to do and is determined to find her.

To that end, he questions Chad (Billy Flynn) and Abby DiMera (Marci Miller) on where his sister’s whereabouts could be but Chad really doesn’t have a clue. Perhaps, Rafe should be questioning the woman he lives with, Ava Vitali (Tamara Braun).

Kate Roberts (Lauren Koslow) and Paulina Price (Jackee Harry) are two strong, self-made women who definitely have dramatic pasts. They also find time to sit down and talk about those pasts on Wednesday when they have a girl chat. What could they even have to talk about story-wise?

Do they lay out the deets on their love lives to each other? After all, both women are now with Roman Brady (Josh Taylor) and Abe Carver (James Reynolds), respectively, and they are lifelong best friends. Stay tuned to Days of Our Lives weekdays to see how these stories play out.