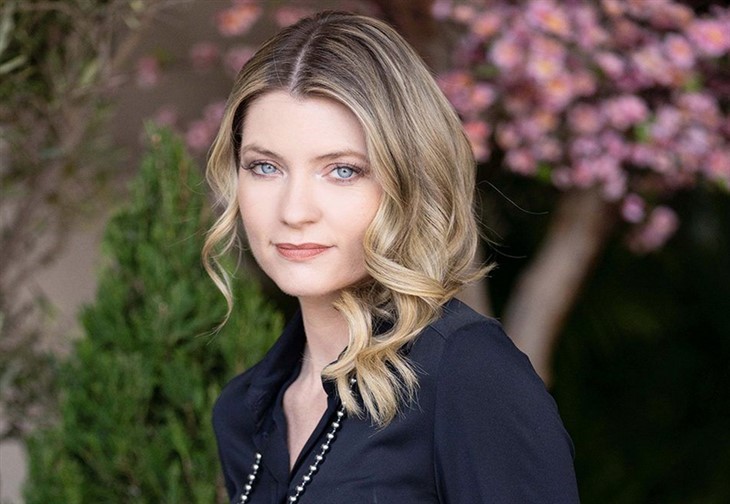 The Young and the Restless (Y&R) spoilers reveal that Elizabeth Leiner has left the cast of the CBS sudser after a wild run as Tara Locke. The beautiful and talented actress walked into a role that was supposed to last a short while, but found herself caught up in a sensational plotline that was extended.

The story eventually came to end however when her character was arrested on the August 6 episode. Tara was taken away in handcuffs and will now rest her jets in jail for the foreseeable future.

The actress recently dished to Soap Opera Digest about her star turn and we have her take on the role right here.

The actress shared that her role was a pure pleasure and a wild ride. “I started 48 hours after finding out I had the job … I felt like a crazy person running up and down the halls in heels, trying to get to different sets.”

Soaps are notorious for giving actors huge amounts of lines to learn and she said that her time on the soap gave her insight to her strengths and abilities. “You just learn what you can do. The whole thing was a gift because it really made me know that I could handle that much dialogue and have fun.”

Y&R Spoilers -Tara Locke Is Off the Canvas

Leiner played opposite of Michael Mealor (Kyle Abbott) who she described as fantastic. He has also left the soap and the storyline they were involved in is largely resolved. Tara showed up in town one day with her secret love child with Kyle and from there the Abbott family was involved in a major plot.

With Tara in jail and Kyle in Paris, there is now only their child that remains of their once sizzling storyline. Little Harrison (Kellen Enriquez) is the subject of custody issues between Kyle and the man who raised him but some fans believe that Kyle will learn that he is not the biological father after all.

Will Tara return to Genoa City, Wisconsin one day? The actress called her gig “ideal” and says, “Of course I never say never.”

“If it’s the right time and the right moment I would definitely be up for it, for sure.”