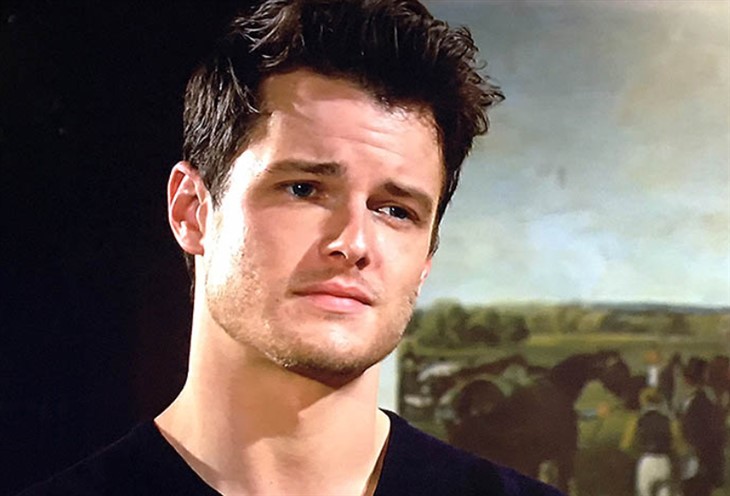 The Young and the Restless spoilers reveal that on Monday, August 2, Kyle Abbott (Michael Mealor) questioned Tara Locke (Elizabeth Leiner). She was counting on having love and money but things didn’t go according to plan. Frustrated and panicking, Tara had a temper tantrum before stomping off to her room.

The Young And The Restless Spoilers – Phyllis Summers Determination

Y&R spoilers reveal that there has been conflict between Tara and Phyllis Summers (Michelle Stafford). Kyle and Jack Abbott (Peter Bergman) have been completely fooled by her, though. At least, until Phyllis started sending video files and exposing some inconsistencies in Tara’s stories. Both women are starting to feel the effects of what happens when one dares to cross Phyllis and the people she cares about.

Sally has lost Jack and will do just about anything to get him back. She crosses paths with Kyle and starts venting about Phyllis. The manipulator claims that Phyllis is making up all kinds of lies about her, but Kyle is hesitant to believe Sally’s story. When Sally makes a comment about how unfair it is, he stops her. Kyle makes it clear that Sally and Phyllis are both not instantly believed or disbelieved. However, due to Sally’s schemes and lies, it makes anything she says suspect. Sure, Phyllis has committed her fair share of sins but she’s also found ways to make amends and repair trust to a certain extent.

The Young And The Restless Spoilers – Tara Locke’s Desperation

The Young and the Restless spoilers reveal that Tara had a meeting with Lauren Fenmore Baldwin (Tracey E. Bregman). They discussed big plans for the future of Tara’s designs and products. There was only one problem, which is that several of the required documents haven’t been sent to Lauren. Tara tricks to smooth talk her way into getting the deal done and the documents will come soon. However, Lauren can’t do that and they are not able to go further until she gets those documents.

When Kyle returns home, he can tell that Tara is upset and she gives him a sob story. Ashland Locke (Richard Burgi) is selling their properties and liquidating all the contents. Tara’s interior design was a labor of “love,” she says. Kyle seems to know what Tara is doing and he isn’t going to help her with this. Realizing that she can’t get Kyle’s love or money, she explodes. Tara says that she can’t live like this and won’t. Then, she stomps off to her room as she tries to come up with another plan.

The Young And The Restless Spoilers – Victoria Newman’s ‘Real’ Request

Fans also got to see Victoria Newman (Amelia Heinle) and Ashland share some more scenes together. Victoria was impressed by a painting on the wall and knew the artist’s work. Ashland is continuing to have problems breathing, which he tries to hide. However, Victoria makes one request of Ashland and that’s for him to be real and authentic with her.

Lindsie Chrisley Speaks Out For The First Time Since Divorce Announcement