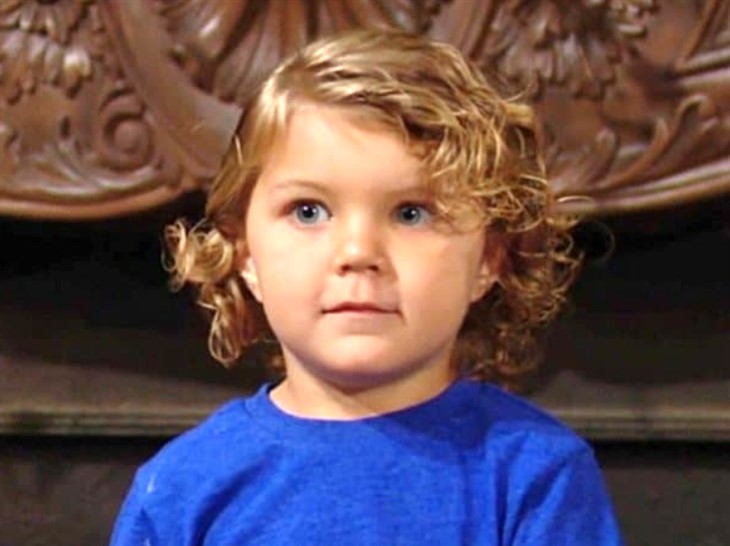 The Young and the Restless spoilers document that Harrison Locke (Kellen Enriquez) is missing his mother. He has no idea that she will likely be away for a long period of time. But the jail sentence Tara Locke (Elizabeth Leiner) is facing means that Ashland Locke (Richard Burgi) and Kyle Abbott (Michael Mealor) share responsibility for Harrison.

Ashland holds a certain amount of sway. But Kyle can pursue legal recourse if need be. That doesn’t seem to be necessary, as he and Ashland share the common bond of being wronged by Tara.

It’s not a fully logical move, as the audience realizes. Yes, Summer Newman (Hunter King) scored a great job in Milan, Italy. But to think that she would allow herself to be forced out of town by Tara and Sally Spectra (Courtney Hope) wasn’t a strongly plausible premise.

Y&R fans know that King wasn’t able to reach a contract extension agreement. So, her character is being written off the show. The same scenario played out with Mealor, which is why Kyle decided to stay in Italy with Summer.

Ashland is a New York type of guy. Kyle sought to influence everyone’s impression of Tara’s husband before he ever arrived in Genoa City, Wisconsin.

Tara will have turned out to be the Lockeness Monster if Ashland is telling the full truth about being terminally ill. Assuming he is, which still feels somewhat debatable, then he deserves the prominent place in Harrison’s life for whatever amount of time Ashland has left.

Kyle is a decent guy, who is just learning what it means to be a father. If he lives a healthy life, then Harrison will be part of Kyle’s world for decades to come. Kyle recognizes that and seems inclined to do right by Ashland, who he’s come to respect.

Ashland told his now fiance, Victoria Newman (Amelia Heinle), that he needed some time to make a decision about what’s best. Shuttling Harrison back and forth to Italy would be highly disruptive. So, that can’t be a reasonable option.

The right conclusion could be for Harrison to spend time with Kyle for awhile. Ashland could see how his treatments progress, hoping that they do, and then reassess the situation. Alternatively, Harrison could stay in GC, with Kyle coming in for visits. Though Mealor’s status would seem to preclude that.

Time is needed, with whatever decisions that are made not being cemented. Harrison has his whole life to live. Kyle has years ahead of him. Ashland could be gone in weeks to months, which must be the central part of this equation.

EastEnders Spoilers: Isaac Makes A Decision On His Relationship With Lola- Could It Be Too Late?