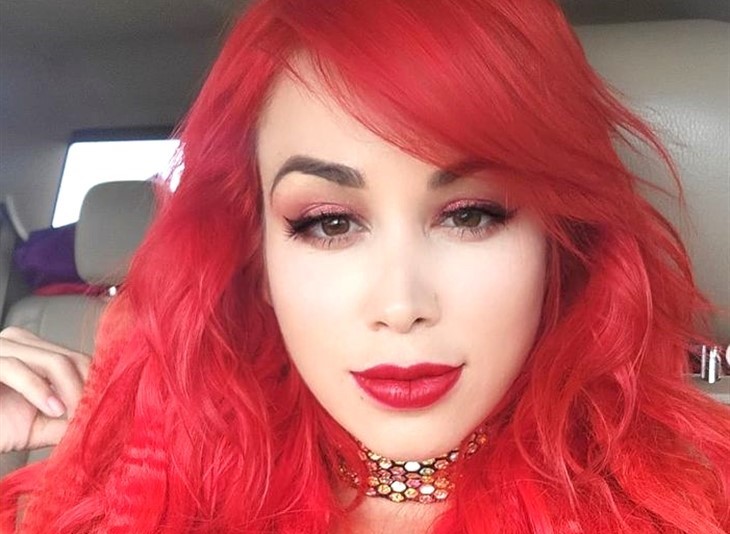 However, fans think that Paola is starting to forget her life as a wife to Russ Mayfield. Now, Paola took Instagram to hint at her rumored split with Russ.

In an Instagram post, 90 Day Fiance star Paola Mayfield talks about why she’s not taking pictures with her husband, Russ Mayfield. Apparently, fans have been noticing that Paola barely posts pictures of Russ. According to Paola, her answer is that she doesn’t like to pretend.

Paola’s answer shocked the fans and everyone starts thinking that they have split. The split rumors between the two have been running for a while due to Russ’s absence on Paola’s social media. Due to this, Paola’s cryptic message appears to fuel the rumors even further.

At this point, Paola has yet to directly confirm if she split with Russ. Some also think that her message has a different meaning.

According to one of Paola’s followers, her puzzling message may have meant that Paola doesn’t want to pretend every second that she’s happy with her husband to make everyone believe that they’re a happy family.

90 Day Fiance fans are divided between Paola Mayfield’s professional wrestling career. Some are supporting her all the way and have been cheering for her character of Paola Blaze.

However, others think that it doesn’t fit her and she doesn’t perform that well. However, some think that it’s still early to judge Paola’s performances, especially that she’s still a rookie. Meanwhile, some fans think that she should’ve just stayed to her nutritionist and Zumba instructor career. 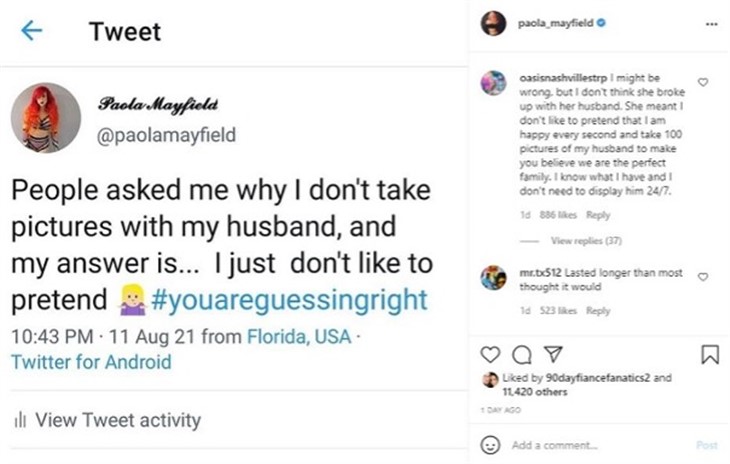 90 Day Fiance star Russ Mayfield recently took Instagram to share his busy day cleaning and moving his RV. He shared clips from almost every single thing that he did while cleaning up his RV.

It also appears that he did it all by himself. Fans also noticed the absence of Paola throughout the clip. Meanwhile, it appears nothing is bothering Russ in his recent clips at all, which suggests that he didn’t split with Paola.