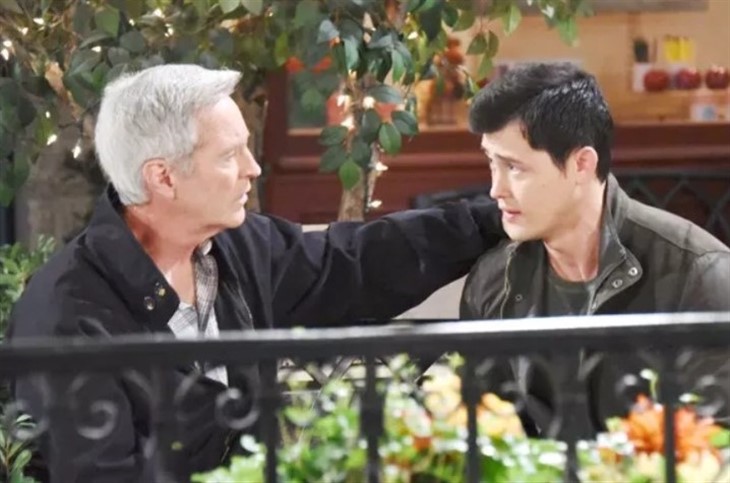 Days of Our Lives (DOOL) spoilers reveal Will and Sonny appearing on the new DOOL spin-off series “Days of Our Lives: Beyond Salem,” which will stream on Peacock. Would you like to see a man they both loved at one-time return? Is it time for Paul Narita to return to the soap? You tell us!

Fans were shocked back in 2015 when they learned John Black (Drake Hogestyn) had a professional baseball player son nobody ever heard of before. John eventually came to accept that his newfound son was gay and the two formed a father-son bond. We also learned that Paul once had an affair with Sonny (then Freddie Smith, now Zach Tinker) when they were in college. This caused jealousy on Will’s (Chandler Massey) part, but it didn’t stop Will from having an affair with Paul. Sonny and Will broke up, Will was presumed dead, and Paul and Sonny fell in love again and planned a wedding.

Well, then Will turned up alive, the wedding was off and Paul fell out a hotel room window and ended up paralyzed, eventually leaving town for treatment never to be heard from again.

DOOL Spoilers – What If Paul Narita Were To Return?

John certainly hasn’t been doing a lot these days and Paul’s return after all this time could give him an emotional story as he bonds with the son he barely knows once again. If Will and Sonny return to Salem, that would also make things more interesting between them because what’s the fun of a young couple living happily ever after. They need some angst and Paul can provide that. He is also an interesting character in his own right and doesn’t need to be part of a love story of the third part of a triangle to make some waves in Salem.

Christopher Sean was quite popular in the role of Paul, but he has been keeping himself quite busy of late with animation voiceover work, so if he doesn’t want to return to DOOL, the role can always be recast. So, should Paul make his way back to the soap? Let us know in the Days of Our Lives poll below.