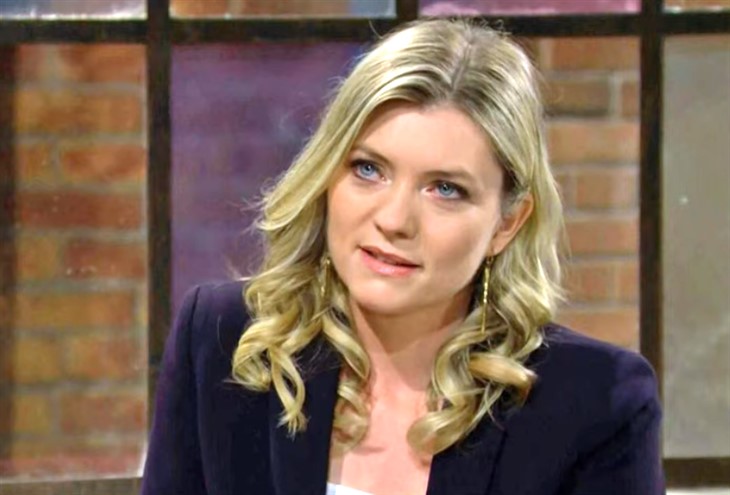 The Young and the Restless (Y&R) spoilers document that Tara Locke (Elizabeth Leiner) dealt herself under the table nearly four years ago. She decided to fix Ashland Locke’s (Richard Burgi) view of reality and to deny Kyle Abbott (Michael Mealor) fatherhood status until earlier this year.

As Y&R fans eagerly anticipate, Tara’s fall will include a number of factors combining to bring her down. Sally Spectra’s (Courtney Hope) scheme has been exposed by Phyllis Summers (Michelle Stafford) and Summer Newman (Hunter King) is telling her parents the truth about what Tara did.

The Young And The Restless Spoilers – Major Red Flag Being Waved

Of course the Red implied is Phyllis, who was onto Sally from the beginning and connected her to Tara in recent weeks. Stafford’s visit with Eric Forrester (John McCook) serves to bust Sally’s favor as a lie.

Armed with the information she needs, Phyllis is well on her way to helping Summer reclaim the life she and Kyle should have rightfully already achieved. Longtime Y&R supporters knew that Phyllis’ entry into this storyline spelled doom for two ladies that aren’t her match individually or combined.

It’s understood that Tara told Kyle he’s Harrison Locke’s (Kellen Enriquez) father. Viewers also know that Kyle had his own paternity test conducted, with the sample being provided to a medical professional at the Abbott mansion.

It would seem as though Ashland’s follow-up paternity test reinforced Tara’s seeming admission that Kyle is Harrison’s biological dad. However, everyone’s awareness of paternity tests on soap operas allows a collective skepticism to reign.

A quick write-out of Tara and Harrison can happen if Enriquez’ character isn’t Kyle’s son. That type of scenario would make sense, considering that Mealor and King have announced their departures from the show. The losses are a double blow.

Summer is living in Milan, Italy. Her confession to Kyle and his subsequent efforts to force Tara to admit the truth project toward a Skyle reconciliation.

Sadly for Skyle fans, the full reunion won’t be seen on Y&R. Instead, what is telegraphed is an explanation, solving the Tara problem, resolving whatever the real story is with Harrison, and then saying goodbye to two fine actors, or as is said in Italy, arrivederci. At least viewers will know that this couple is happy and could always return someday.