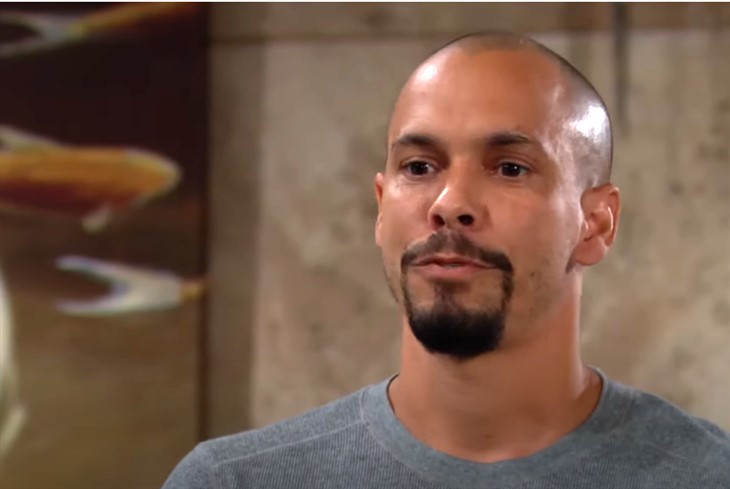 The Young and the Restless (Y&R) spoilers reveal that Abby Newman-Abbott-Chancellor (Melissa Ordway) is leaning on Devon Hamilton (Bryton James) too much. Abby’s baby emergencies will irritate Devon and he demands answers. Abby’s confession could lead to a new arrangement, which could also help Mariah Copeland (Camryn Grimes).

Y&R spoilers reveal that Chance Chancellor (formerly Donny Boaz) encouraged Abby to go ahead with the surrogacy even though he would be gone. One of Abby’s requests was for Mariah and Tessa Porter (Cait Fairbanks) to move in. It was a full house, even while Mariah was held captive.

After Mariah gave birth, she struggled with handing the baby to Abby. Mariah knows that the little boy belongs to Abby, but can’t get past the emotional connection. It was so painful that Mariah and Tessa moved out of the Chancellor manse.

Abby took Mariah moving out quite hard and any attempts to change her mind were shut down. After Mariah was gone, there were times when Abby wanted to contact her. However, Abby has tried to respect the surrogate’s wishes for time and space.

The Young And The Restless Spoilers -‘Teriah’ Break Up?

The Young and the Restless spoilers reveal Mariah is finding that her connection to the baby isn’t fading away. Mariah’s solution to her struggle is for her and Tessa to have a child of their own. The idea was shot down by Tessa, who had reasons for saying no. Unfortunately, Mariah isn’t seeing the logic in Tessa’s response. It is suggested that Mariah could become distant and “Teriah” might even break up.

While Mariah and Tessa could be driven apart, Devon is having his own issues. When Abby called Devon for help with the baby, he was glad to come over. It is hinted that Abby could continue reaching out to Devon each time the baby cries or seems fussy.

During the week of October 18, Devon voices his frustration and it might have to do with Abby leaning on him too much. Even though Abby appears to be clueless and overwhelmed as a new mother, that’s really not the case.

Consider all of the elements involved – Abby’s strong reaction to Mariah moving out, calling Devon for help constantly, the manse no longer being a full house and Chance being unreachable. Abby never intended on being a single mother and Chance was supposed to be joining her in the parenting journey.

The Young And The Restless Spoilers – New Baby Arrangement

With Abby and Mariah both struggling, there could be an adjustment to the original surrogate agreement. Perhaps Mariah will move back into the Chancellor manse. Abby would not feel so alone. Plus, Abby feels Devon or Mariah are able to soothe the child when she can’t. It would also allow Mariah to be there with the child.

However, Abby and Mariah have very different ideas of what’s best for the baby. Would this be temporary or permanent? If it’s short-term, how does Mariah handle another separation? Plus, what happens if and when Chance comes home?