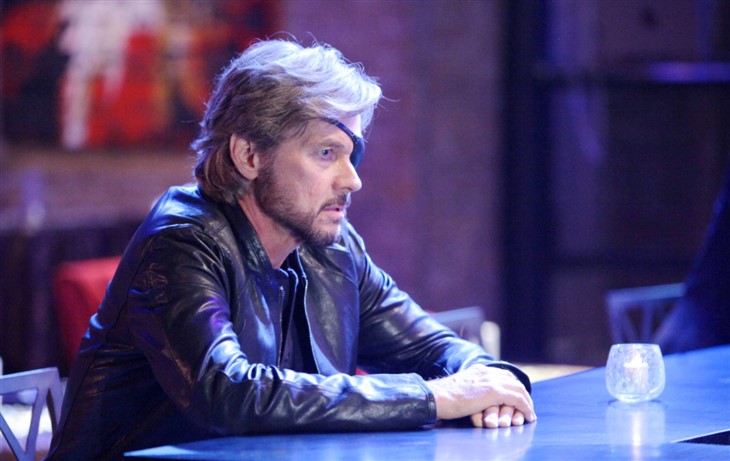 Days of Our Lives (DOOL) spoilers tease that trouble’s afoot when Steve Johnson (Stephen Nichols) mounts a search for Kristen DiMera (Stacy Haiduk) in an upcoming episode of Days of Our Lives!

Days Of Our Lives Spoilers – Where Is Sarah Horton, And What Has Been Done With Her?

Days of Our Lives viewers will recall that when Maggie Kiriakis (Suzanne Rogers) left Salem to care for her ailing daughter Summer Townsend (Marie Wilson) who has now died, her other daughter Sarah Horton (Linsey Godfrey) was happily planning her wedding to Xander Cook, then still going by the Kiriakis surname (Paul Telfer). Maggie, with two of her natural children now deceased, the other one having been Daniel Jonas (Shawn Christian) expected perhaps Sarah and Xander moved away and were happy. Now she returned to Salem with sad news that Summer passed away, and although she talked to Brady Black (Eric Martsolf) and Chloe Lane (Nadia Bjorlin) about Summer, no one mentioned Sarah leaving Xander inexplicably for Rex Brady (Kyle Lowder)!

That was as far as anyone in Salem knew – poor Rex, however, was subsequently dumped and Sarah disappeared! Days of Our Lives viewers will recall all that happened because Kristen had a Sarah disguise and shipped the poor woman off to a Greek island in a shipping container – no one knows if she’s dead or alive! But then Maggie finds out Xander and Justin Kiriakis (Wally Kurth) are in the Salem jail, and Victor Kiriakis (John Aniston) is trying to get them out!

Days of Our Lives viewers know that Maggie’s seriously been left out of the loop, and gets an earful of catch-up news! She left to care for Summer in February, and Sarah “left” in March. No one wanted to tell her what really happened, trying to protect her since they knew she was dealing with so much with losing her older daughter. Maggie had found it odd that she never got any correspondence back from Sarah, but she didn’t want to take time away from Summer by trying to contact Sarah in other ways.

She wanted to be the mother to Summer that she should have been, and prove her motherly love to her before she left this earth, and Maggie feels that she succeeded. Days of Our Lives viewers can imagine that Maggie won’t buy the story that Sarah left town with Rex, and she will likely contact him. Then both of them will realize that Sarah is missing, and through Brady, she finds out that Kristen is on the run, but that before she took off she impersonated several people, including Kate Roberts (Lauren Koslow)!

Days Of Our Lives Spoilers – Steve Johnson Is Contacted

Days of Our Lives viewers know that it is no time for John Black (Drake Hogestyn) to leave town on a search for Kristen, so Steve is contacted! Steve puts two and two together pretty quickly and deduces that the Sarah who dumped Xander for Rex and then dumped Rex must have been Kristen, and he mounts a search! Days of Our Lives viewers know that Sarah is not the only one missing from Salem – and the same person who has Sarah probably has Sami DiMera (Alison Sweeney) too! Steve will probably start the questioning with E.J. DiMera (Dan Feurreriegel) who’s already dating Nicole Walker (Arianne Zucker) with divorce papers from Sami not even signed! Steve figures if anyone knows where Kristen is, he will, but getting information out of him will be like trying to herd cats!