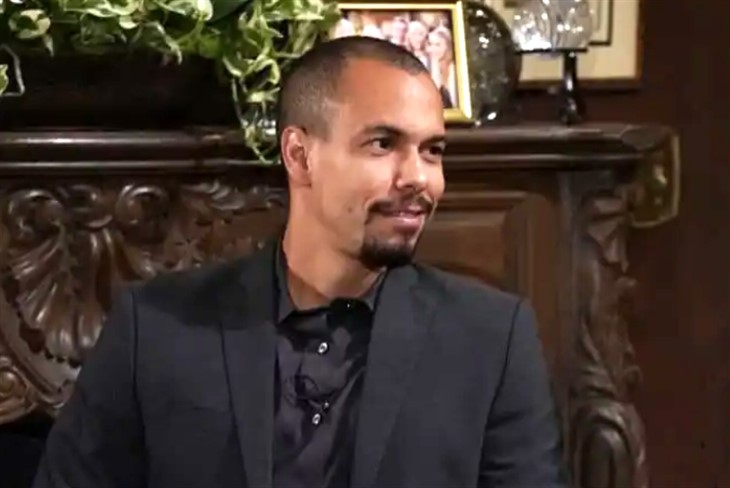 The Young and the Restless spoilers reveal that Devon Hamilton (Bryton James) has asked for a bigger role in Dominic Newman-Abbott-Chancellor’s (Rainn and River Ware) life. However, Abby Newman-Abbott-Chancellor (Melissa Ordway) feels he’s gotten too attached and needs to step back. Could Abby try to fix this situation by banning Devon from Dominic’s life for a while?

The Young And The Restless Spoilers – Devon Hamilton’s Request

Y&R spoilers reveal that Devon took Nate Hastings’ (Sean Dominic) advice and went to talk to Abby and Chance Chancellor (Conner Floyd). Devon asked for more time with Dominic, including overnight visits. Devon even suggested that Dominic could have his own room at his place. Not only did Devon ask for all of this, but wanted it put into the legal agreement.

After the conversation, Devon felt really positive about it. Both Amanda Sinclair (Mishael Morgan) and Nate both suggested Devon talk to Chance and Abby. However, Lily Winters (Christel Khalil) didn’t think it was the best advice. Even though Abby had a fantasy that everyone involved in creating Dominic would be a big, happy family with her and Chance, it’s not turning out that way.

There are too many emotions and now there isn’t just one, but two people who have developed fixations on the baby. Despite Devon and Mariah both helping create Dominic, he isn’t their baby. The child belongs to Chance and Abby, which was made crystal clear from the beginning.

The Young and the Restless spoilers reveal that Abby believed Devon was asking for shared custody. Then, Abby theorized that Devon had simply become too attached, just like Mariah Copeland (Camryn Grimes) did. Abby mentioned that Mariah had to take a step back to get over her obsession with Dominic.

It’s possible that Chance and Abby will take drastic action against Devon. Believing that Devon is going through what Mariah did, “Chabby” may feel that the solution should be similar. Mariah began getting over her connection with Dominic when she separated herself from the child. It’s possible that Chance and Abby might suggest that Devon not see Dominic for a while.

However, will he accept this or take legal action? It’s teased that it could be the latter. Co-executive producer and head writer Josh Griffith told Soap Opera Digest that Amanda would help Devon in his quest to have a more significant role in Dominic’s life. The scribe also teased that Devon’s actions will have Mariah wondering what role she has with Dominic. So, this could get even messier and more complicated as time goes on.

The Bold And The Beautiful 2022 Preview: New Characters, Evil Plots, And Couple Swaps