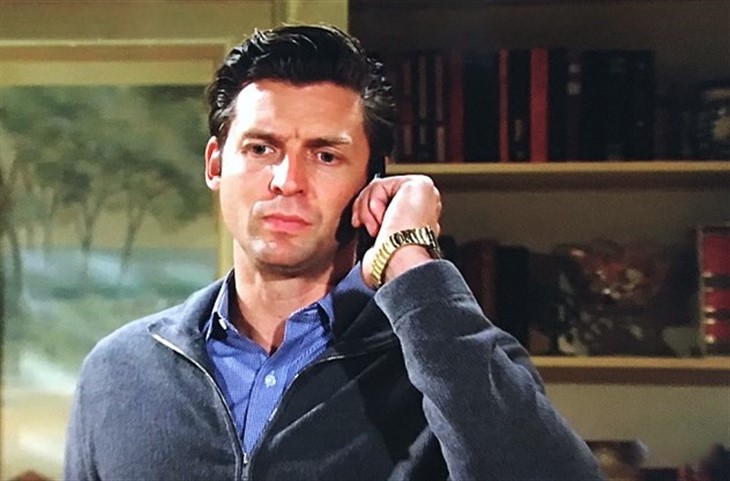 The Young and the Restless spoilers document that Abby Newman Abbott Chancellor (Melissa Ordway) does not believe that her husband is dead. She last saw Chance Chancellor (as played by Donny Boaz) in early February of this year and stayed in sporadic touch with him during his extended Agency assignment.

Readers of this comprehensive soap site know that Abby’s instinct is believed to be on the mark. Teasers indicate that Connor Floyd (Chance) was hired to play the recast of this character.

On- and off-screen indicators imply that fans will not have to wait another nine-plus months for Floyd’s debut. Instead, Abby will welcome her husband home soon.

The Young And The Restless Spoilers – Sweeps Month Is Important

Advertising rates are set during the four ratings’ sweeps months (February, May, July, and November). While not as crucial as they used to be, these rating’s periods are still used as a solid measurement tool for money matters.

The above does not prove that the anticipated Chance recast will be revealed to viewers before December arrives. But it would fit with the pattern of dramatic happenings specifically occurring during Sweeps’ months.

Seeing Chance (as then played by Boaz) take a call and agree to leave town was unusual. Abby not getting to say goodbye to her husband felt weird, as Chance’s sense of duty and respect for his new wife could have easily been balanced within the script.

But a decision was made to turn Boaz’ contract non-renewal into an open-ended storyline from last winter through the fall of this year. The nature of Chabs’ choice to have a child via surrogacy and Devon Hamilton’s (Bryton James) donation was seen as rushed following news of Boaz’ exit from the cast.

Mariah Copeland (Camryn Grimes) and Devon were inserted into Abby’s storyline, along with Nina Webster (Tricia Cast), to give Abby someone to be with while Chance was gone. The return of Ben Stitch Rayburn (Sean Carrigan) was also a plot filler, with that specific choice devolving Carrigan’s character in a manner that seemed frivolous.

News of Chance’s death has not been confirmed by his body being found. That is plausible based on the explosion that is said to have occurred. The technique also enables a search to take place for an undetermined period.

Hopefully, Chance returns this month. Abby and Dominic Newman Abbott Chancellor (no baby actor known to be cast for this role) need him. And the viewers deserve reasonable closure to what has been at least a highly debatable, long tale on Y&R.