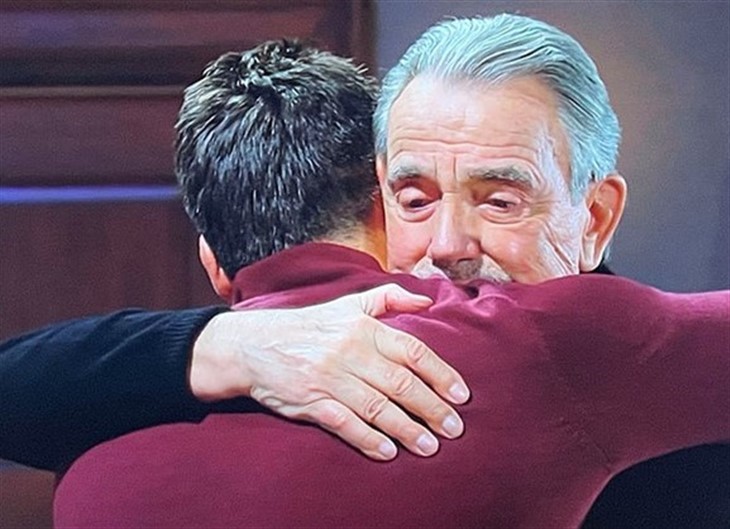 The Young And The Restless (Y&R) spoilers indicate that Nikki Newman (Melody Thomas Scott) is determined to get Nick Newman (Josh Morrow) and Victor Newman (Eric Braeden) to make peace. However, she has been unsuccessful so far. Will a face emergency call do the trick?

The Young And The Restless’ Nikki will call Nick to the ranch for a fake emergency. Nikki believes if she can get Victor and Nick in the same place they can finally make peace. Once Nick arrives and sees that nothing is wrong, he’s a little upset with his mother. After all, if Victor wanted to make peace with him he could have at any time. Arriving to find Victor sitting at a chessboard is just not what he expected to find when he arrived. Nick is not happy that his mother has lied to him. Nikki shouldn’t use a story to get him there. However, since he is already there. Nick looks at Victor and asks if he’s annoyed by this too. Victor tells Nick no, he believes they should talk.

Y&R Spoilers – A Bit Of Progress

The Young And The Restless’ Nick and Victor talk and seem to be getting somewhere at first. After all, both of these men love each other and want to fix things between them. Will something happen to hinder their progress? Nick has spent his entire life trying to earn his father’s approval and Victor has always wanted something different from him. Can these two men finally come to terms? It seems that Victor is actually listening to his son this time, but will he be able to give Nick what he wants?

The Young And The Restless Spoilers – Victor Newman Is A Tyrant

Victor didn’t get where he is by being soft on anyone. Victor is a tyrant and wants things done his way. However, Victor is older now and has lost a lot. Perhaps with age comes wisdom and Victor will truly take his son’s feelings into consideration. Family is not like business, Victor cannot dictate to his children what he wants and expect to get it. Will Victor comes to terms with this before it is too late for Nick and himself to make peace? Victor is happy to be talking to his son again. Will Victor blow this reunion?

Nick and Victor are making headway because of Nikki’s persistence. Will Nikki be the reason that the two men in her life bury the hatchet in this tug of war? Will Nick and Victor finally see eye to eye?

Be sure to catch up on everything happening with Y&R right now. Come back here often for The Young And The Restless