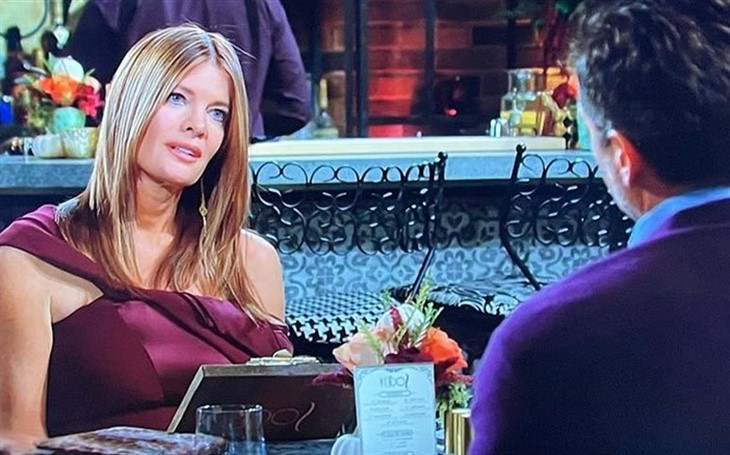 The Young and the Restless spoilers for Monday, December 20, 2021, reveal Phyllis and Nick softening towards one another once more.

The Young And The Restless Spoilers – Are We Doing Phick Yet Again?

After firmly putting Jack Abbott (Peter Bergman) in the friend zone, ending hope for all Phack fans out there, Phyllis Summers (Michelle Stafford) is at yet another crossroads. Jack accepts himself in the friend zone so that his heart doesn’t get broken again, but is that really where he wants to be? And is Phyllis sure she wants to be alone or does she have someone in mind for the holidays?

On Monday, Phyllis extends an invitation to Nick Newman (Joshua Morrow), proving she may not be as angry with him as she thought she was when they broke things off. Nick has been wallowing in self-pity ever since then and it’s amazing he didn’t find someone for a one-night stand as Nick is apt to do.

Nick is going to have his own moments of reflection next week resulting in his very own special episode — because why not? What conclusions will he come to when the episode ends?

Y&R Spoilers – Does Billy Have The Upper Hand?

Billy Boy Abbott (Jason Thompson) has certainly seemed to be down on his luck of late, what with losing ChanceComm and being played a fool by The Great Victor Newman (Eric Braeden) and his son, Adam Newman (Mark Grossman).

The two Newman men still think they have Billy right where they want him, but Billy is up to something with Lily Winters (Christel Khalil) that makes it seem he may be the one who comes out on top. Could he really have outsmarted The Mustache and his young protege? It seems impossible, but stranger things have happened.

It looks like Nate Hastings (Sean Dominic) and Elena Dawson (Brytni Sarpy) make some forward progress in their back-burner romance on Monday as they get ready to take a major step together. Does that mean Elena is moving into that big house Nate wanders around in every day? It’s about time something happens with this pair. Stay tuned to The Young and the Restless weekdays to see how these stories play out.

Days Of Our Lives Spoilers: MarDevil Resurrects Another Villain…Sort Of