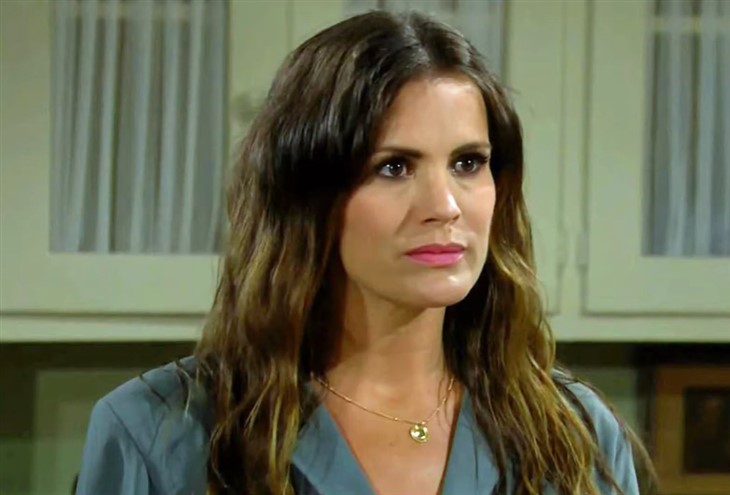 The Young and the Restless (Y&R) spoilers for Friday, December 17, 2021, reveal Chelsea Lawson and Sally Spectra finally meeting in person and sizing up the competition.

The Young And The Restless Spoilers – A New Rivalry In Town

Adam didn’t mention his attraction to Sally Spectra (Courtney Hope), although Chelsea already knows there’s a bit of competition because Chloe Fisher (Elizabeth Hendrickson) had to tell her and warned her months ago that Adam was growing close to Sally.

When Chelsea and Sally finally come face to face on Friday, both women know they have to keep their eyes on the other. Sally finally sees the type of woman Adam would go for and feels she knows him better and Chelsea now knows who Sally is so she can help make sure Adam doesn’t end up with her. We all know Chelsea’s jealous streak is what got her in her 2021 mess to begin with, so is anyone safe at this point?

With all the turmoil in their lives, thanks to Billy Abbott (Jason Thompson) making mistake after mistake about Ashland Locke (Richard Burgi) and putting ChanceComm at stake, Lily Winters (Christel Khalil) and Billy have had no romantic time together. Billy’s been trying to save the company his mother, Jill (Jess Walton), entrusted to him and Lily is juggling job offers left and right. Nobody seems to blame her for Billy Boy’s big mistakes and we guess that is good for her career.

Well, Billy finally decides to do something right and prepare a romantic surprise for Lily. While she will definitely like it, she may be waiting for the other shoe to drop considering that when you share your life with Billy, shoes are constantly dropping at a rapid pace. Stay tuned to The Young and the Restless weekdays to see how these stories play out.