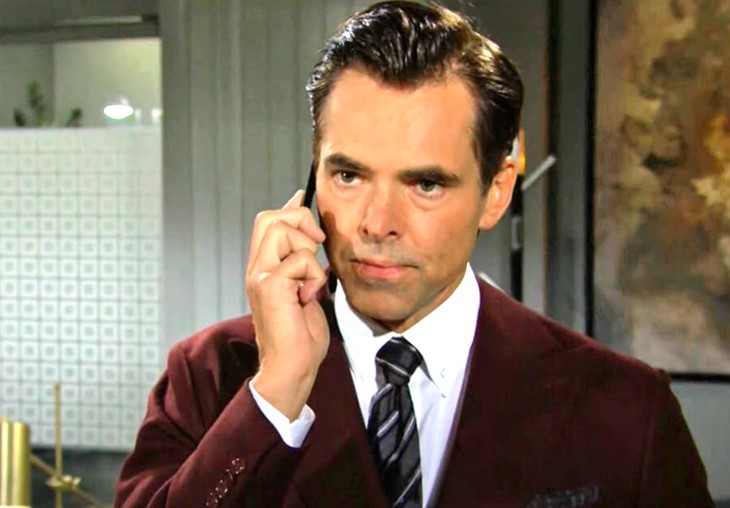 The Young and the Restless (Y&R) spoilers for Wednesday, October 6, 2021, reveals Billy Boy Abbott with some information he may or may not want to use — yet.

The Young And The Restless Spoilers – What Does Billy Know Now?

Aside from her brother, Nick (Joshua Morrow), there is nobody who has wanted to stop Victoria Newman (Amelia Heinle) from marrying Ashland Locke (Richard Burgi) more than Billy, her ex-husband, and father of two of her children. Billy is now on Victoria’s bad side, as is Nick because, in her mind, nobody can keep her from marrying this man she’s only known for a few months as he’s done nothing but lie to her.

Y&R Spoilers – Ashland Locke Is In More Trouble Than Ever

Ashland feels the clock might run out on him before he has a chance to marry Victoria Newman as he’s had to reveal way too much about himself already. He’s doing everything he can to keep up appearances even if there are people after him and this ends up putting Victoria in grave danger right before their wedding.

Ashland has a big decision to make, as does Billy. Who will make the right one? Perhaps it will be up to Billy to save Victoria from whatever danger this is.

Y&R spoilers also indicate that Nate Hastings (Sean Dominic) and Elena Dawson (Brytni Sarpy) are going to have to do some quick thinking now that they have traveled to Italy to be a part of this wedding. They are asked to keep a huge secret, but is it a dangerous secret?

It seems logical that this would be Ashland’s secret, so it might have something to do with his health. Is the news good news or bad news and why does it have to stay hidden? Is Ashland suddenly cured from what ails him? Has anything really been ailing him at all? Stay tuned to The Young and the Restless weekdays to see how these stories play out.