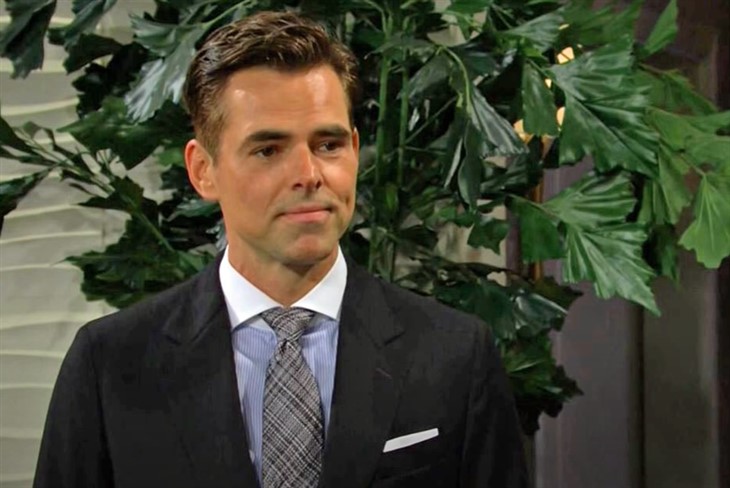 The Young and the Restless (Y&R) spoilers for Tuesday, October 5, 2021, reveal Billy is willing to do anything to stop Victoria from marrying Ashland Locke.

Nick Newman (Joshua Morrow) and Billy (Jason Thompson) have actually been working together to make sure that Victoria Newman (Amelia Heinle) does not go through with a marriage to a man who seems to do nothing but lie. Billy has already been told he’s not welcome at the wedding, but he’s about to go to Italy anyway, so he can Nick can meet up in Europe and save poor Victoria from herself.

However, that might be easier said than done when someone enlists Adam Newman (Mark Grossman) of all people to keep tabs on Billy, who is always known to cause trouble. There is no love loss between Adam and Billy so things can get testy very soon. Will Billy accomplish what he wants with Adam on his tail?

She may have given Ashland (Richard Burgi) a good talking to about his lies, but she can’t just fall out of love with him as quickly as she fell in love with him, so Victoria got on that jet with Ashland a little bit before they originally planned.

Victoria continues to live in her fantasy world now that she’s in Tuscany and knows in her heart she’s about to marry a man who will never cause her trouble. Oh, how wrong Victoria could be…

Back in Genoa City, Mariah Copeland (Camryn Grimes) continues to struggle and push Tessa Porter (Cait Fairbanks) away. She even pretended to be asleep the other day so that Tessa would leave her alone. Her sadness is about to turn to anger as she gets more and more desperate to have a baby in her life — now!

Will anyone be able to stop her? How does she plan on making this baby and should Tessa be very, very concerned? It might be time to call Sharon (Sharon Case) again, except that didn’t work out so well for them the first time. Stay tuned to The Young and the Restless weekdays to see how these stories play out.